After a number of leaks, AT&T has finally gotten around to announcing the 4G LTE-powered Android LG Escape, which will debut starting on September 16. The Escape is a beautiful and elegant midrange smartphone with commendable specs and priced affordably at $50 with a two-year service agreement through the carrier.

The device features a lot of the specs that you’d expect from high-end smartphones from last year or even earlier this year, including a 4.3-inch qHD resolution display with IPS technology for wide viewing angles, dual-core 1.2 GHz processor, and a 5-megapixel camera with 1080p HD video recording capabilities. Additionally, the smartphone will also feature Bluetooth 4.0, a front-facing camera, and Android 4.0 Ice Cream Sandwich. 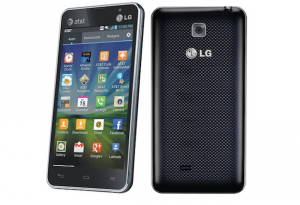 LG and AT&T will be bundling a number of creative features for the mobile photographer and videographer, including an editing suite:

The LG Escape has full HD video recording capabilities, and users can even create customized videos by adding themes, music and text to videos or a series of photos with the Video Wiz editing application, played back in crisp cinematic Dolby® Mobile surround sound.

The phone will also feature a new Skyfire Horizon browser with a special toolbar to quickly access social networking sites.

The Escape will be NFC-enabled to allow for Android Beam and other sharing features.