Way back in July, a leak revealed seven handsets from LG. One of them was a device called the LG Fantasy which, at the time, existed in name and render only. Well, today, that device has made itself known to the world in a brand new image, courtesy of the XDA forums, that shows us a Windows Phone that apparently is scheduled to be launched at some point in the first quarter of 2012.

What’s interesting here, as WMPowerUser points out, is that the device that has leaked out today is vastly different then the render that surfaced earlier this year.

It appears that the device caught in the wild has a smaller screen – the person who leaked it says that the display measures 4-inches in size. It also appears that LG added a front-facing camera and a little bit of a different design.

The Windows flag also appears to be different as well. 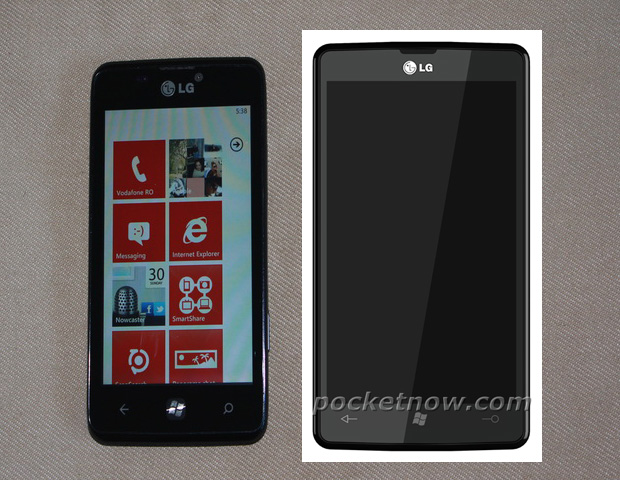 So, it’s possible that LG went ahead and made these design changes in the period between July and now, or, there’s also a possibility that we’re looking at two different devices entirely.

Unfortunately, there are no specs, unofficial as they may be, attached to their device so we can’t know for sure until LG steps up and announces the device. Luckily, an announcement should come at some point within the next three months.

Both CES and MWC fall into that time frame so we could definitely see the LG Fantasy announced at either one of those events.