We found out last week at CES that the LG G Flex curved smartphone would be hitting the US, with Sprint, AT&T and T-Mobile on board. Today, Sprint has announced that it will launch the new handset on January 31 for $299 on-contract with pre-orders starting today.

The phone will be available to purchase on Sprint’s website (if you didn’t pre-order) starting on January 31, with in-store availability starting on February 7. The on-contract price is $299, which is a bit more than what most smartphones sell for when you take the subsidized price into account, but considering that the phone is curved, LG thinks you should pay a premium for that. 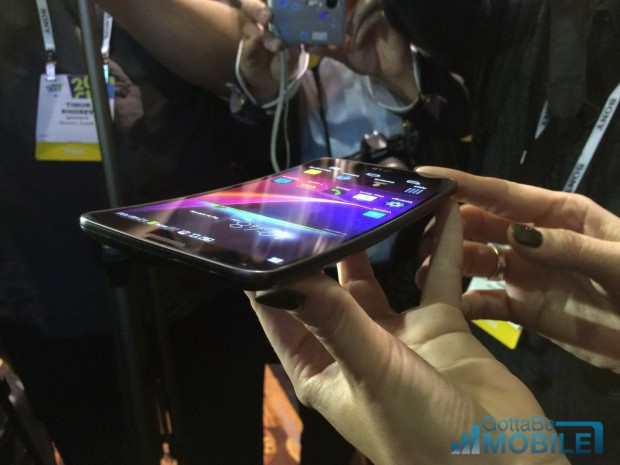 The LG G Flex was announced back in October as the world’s first curved smartphone. Granted, we’ve seen curved displays before, most notably on the Samsung Galaxy Nexus and Google’s Nexus 4, but this is the first time we’re seeing an entire device that severely curved, making it quite a unique object for the time being.

LG then showed off the new curved handset at CES 2014 last week, announcing that the G Flex would be heading to the US on Sprint, AT&T and T-Mobile. This also gave press and industry affiliates the chance to get a closer look at the device, and indeed we did. We were able to get some hands-on time with the phone and even play around with it by bending it flat and watching it spring back into its natural curved position.

Inside the G Flex is a Qualcomm 2.26GHz Snapdragon 800 quad-core processor with 2GB of RAM and 32GB of storage. The phone has a massive 6-inch 720p display that isn’t only curved, but also flexible (as proved by our proper jostling during our hands-on time).