Just last week we received early renders of the upcoming LG G Flex, which is aimed at taking on Samsung’s Galaxy Round curved smartphone, and now we have the real thing. Flexible displays on smartphones are the new cool kid on the block with both Samsung and LG battling to offer something unique, and this is our best look yet.

Rumored as the LG G Flex, this 6-inch smartphone has been tipped to arrive sometime in November to compete with the Samsung Galaxy Round. They both have flexible AMOLED displays that are quite large, but LG’s taking a different approach and is curving the length of the phone, instead of the width like the Galaxy Round. It’s an odd looking device, but thanks to The Verge we have a full gallery of pictures and video. 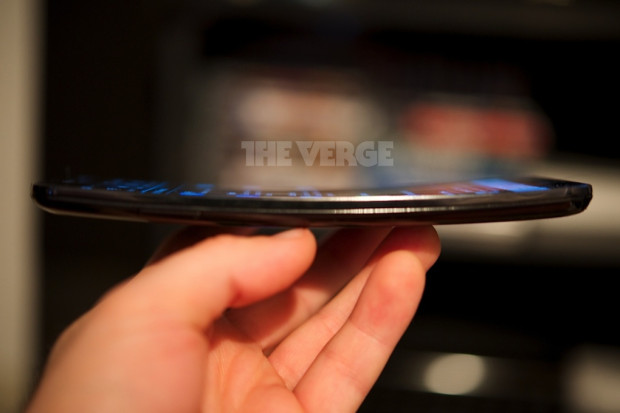 Thanks to the Argentinian broadcaster Telefe, we’re getting exclusive pictures and video of the brand new smartphone, even before LG’s announced an official name for the handset. We’re assuming LG will take the same approach as Samsung and offer this as a very limited edition product for a few small markets, as this tech is still very new.

According to the details everything about this new G Flex smartphone are similar to the LG G2 released earlier this year. Complete with a 6-inch 1080p HD curved display, and it even has the same rear-mounted power and volume buttons, instead of the more traditional side design. Packing a 13 megapixel camera, and we’re assuming will sport the same Qualcomm Snapdragon 800 quad-core processor, but that’s yet to be confirmed. Here’s a live video of the curved phone in action.

Looking at the leaked image showing the camera we spot a dual-flash system, which could be similar to the approach Apple is taking with the iPhone 5S, having two different colors illuminate during the flash for optimal photography. It’s an interesting device, and we’re hoping to learn more soon. 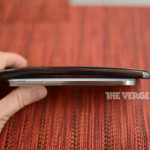 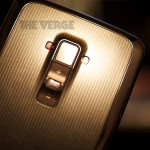 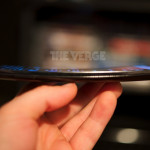 The reporter goes on to mention it will launch in South Korea next month and that there’s no plans for a US release, or elsewhere, which confirms our suspicions of a very limited release. For now LG has yet to make this device official, and The Verge reports the company wouldn’t even confirm if this device is “the real thing” but most likely LG will be sharing additional details any day now.

Until we hear something from LG themselves, enjoy the pictures and video available today.