Back in August LG announced plans to finally get back into the Android tablet market after a rather long absence starting with its new LG G Pad 8.3 slate. In what is designed like a bigger LG G2 smartphone, the new G Pad tablet has specs and features galore and is positioned to do well against Google’s Nexus 7.

Announced at IFA in Berlin, today LG confirmed the global rollout and launch has arrived, and the tablet will reach over 30 leading markets over the next 2 months as we approach the holiday season. Too bad for LG today is also the day Apple officially confirmed its upcoming iPad event, where we’ll see the new iPad and iPad mini. Between those and the Nexus 7 LG has some stiff competition. 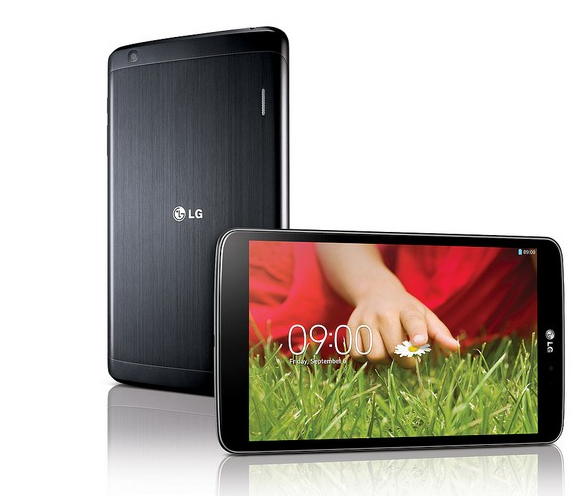 With Korea first in line the new LG G Pad 8.3 tablet will launch in the UK, Ireland, and a few other select regions starting today, and will continue to more than 30 markets over the next 2 months. Brits that want to enjoy the tablet will be spending £259 for the privilege, which is a little over $400 in USD. However, that gets you a pretty impressive tablet.

The G Pad comes with a full 1080p HD IPS display coming in at 8.3-inches with 1920 x 1200 pixels and 273 ppi. The sleek design and bezels make it easy to hold in one hand. It’s nearly everything Google’s Nexus 7 is, and more. Powered by Android 4.2.2 Jelly Bean and a 1.7 GHz quad-core Snapdragon 600 processor it should be plenty fast too. With 16GB of internal storage, micro-SD support, 2GB of RAM, and dual cameras it’s a well rounded slate.

When compared to the Nexus 7 we have a pretty fair battle here, but then again this isn’t running the latest Android OS from Google, as Nexus devices get top priority and first access. We’ll have to wait and see what Apple announces come the 22nd with the iPad mini, but LG has a battle on its hands.

The LG G Pad should arrive in the US soon, hopefully with a few carriers on board, and latest rumors have it the price will be competitive with the new Nexus 7 and iPad mini both.