LG’s rumored 8.3-inch G Pad tablet may find itself a home in the U.S. on Verizon’s 4G LTE network. The tablet, which will mark LG’s re-entry into the Android tablet space, will be a premium offering as its G name designates following the rebranding of its flagship smartphone to the LG G2.

The 8.3-inch screen size would make the G Pad the largest 8-inch form factor tablet from a popular smartphone manufacturer. Apple’s iPad mini has a 7.9-inch display while Samsung’s Galaxy Note 8.0 and Galaxy Tab 3 8.0 both have 8-inch displays.

The G Pad is expected to debut early next month in Berlin at the IFA trade show. Sources to Techkiddy are confirming that a variant of the G Pad will be coming to Verizon, though it’s unclear if there will be broader availability of the G Pad on other U.S. carriers. LG was able to get its LG G2 smartphone on all major U.S. carriers. 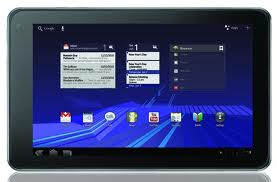 It’s been a while since LG refreshed its LG Optimus G Pad slate. The G Pad is rumored to succeed this model.

The display on the G2 is said to be bright with a 350-nit rating. It will have a 1920 X 1200 WXUGA resolution, which is the same resolution as the smaller 7-inch Nexus 7 for 2013 from Google. That means that the pixel density will be higher on the Nexus 7 as the same amount of pixels would be distributed over a smaller screen area on that tablet when compared to the G Pad.

The device will be powered by Qualcomm’s Snapdragon 600, rather than the more powerful Snapdragon 800 processor. Likely, consumers won’t notice too much of a difference as the Snapdragon 600 still lends to a fluid user experience on the Samsung Galaxy S4 and the HTC One today. The newer LG G2 flagship is debuting with a Snapdragon 800 CPU.

In addition to a variant with 4G LTE, there will also be a cheaper WiFi-only model.

Separately, the Korea Herald is also reporting that the touchscreen technology on the G Pad will be the same as Apple’s iPad 5. Rather than relying on LG Innotek, LG Display is fully manufacturing the 8.3-inch touchscreen with the GF2 technology. This technology would allow the G Pad to have slimmer bezels and a more slim form factor,

The publication states that the camera features on the G Pad will not be a significant upgrade from the previous generation Optimus G Pad. This means that we can expect to see a similar 2-megapixel front-facing camera and a rear-facing 5-megapixel camera on the G Pad. Instead, it appears that LG is relying on the camera prowess of its G2 smartphone to appeal to mobile photographers.

It’s unclear when Verizon will begin offering the G Pad. Apple is expected to refresh its iPad mini and iPad lineup this fall.

Most recently, LG executives had confirmed that the company will also be venturing out into the smartwatch category as well to expand LG’s mobile offerings.