With Android 4.4 KitKat rolling out to a slew of devices, including the Nexus 4 and launching first with the LG Nexus 5, many LG G2 owners are curious as to when it will arrive for their handset. And today we’ve received more details as to when we can expect its arrival.

LG has been rather light on details regarding the update to Android 4.4 KitKat, but launching it on the Nexus 5 should give hope considering the close work they’ve done with Google on the smartphone. However, they’ve not shared any details on an upgrade timeline, but other sources have revealed the important bits. Last month it was penciled in for a late November or early December arrival, but that turned out to be false. Sadly we’re now hearing early next year. 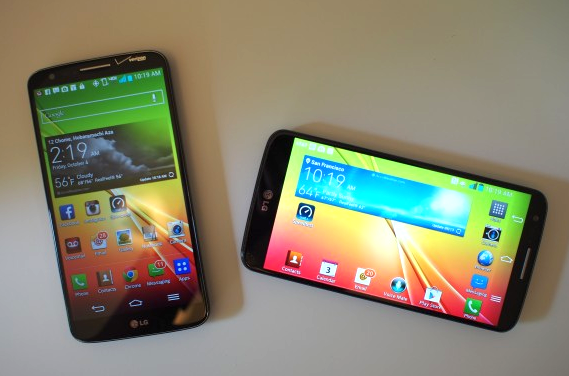 After one French carrier confirmed a November or December arrival of Android 4.4 KitKat, the update details were eventually removed from its site, and we’ve heard nothing thus far as to when we can expect an update for the device. Being a distant cousin to the Nexus 5, many hoped it would arrive sooner rather than later, but that may not be the case.

We have a mixed bag of news though. According to MobileSyrup who spoke with an LG representative, the update is scheduled for early next year. That’s the good news. The bad you ask? The rep stated a late Q1 arrival, which could be as late as the end of March.

This report is coming from a representative in Canada, mind you, so it’s highly possible we’ll see an update arrive sooner for the international markets, followed by a quick release by US carriers offering the G2. With the competition from Motorola already updating its flagship device to Android 4.4 KitKat, HTC pushing it to their HTC One Developer unit, and Samsung preparing to do the same it sounds like LG may very well be one of the last, again.

The same issue we’ve seen from LG in the past could be present here, and that’s the slow, if ever, updates to the latest version of Android. The LG G2 is a compelling and impressive smartphone, but updates to the next and future versions of Android need to be more of a priority. We’ll continue to monitor the details for the LG G2, but as it stands now the update could be a good 3-4 months away.

As a reminder the LG Optimus G flagship from 2012 is still on Android 4.1.2 Jelly Bean, when all the competition like the Galaxy S3 is on Android 4.3 and eying a 4.4 update.