Over the course of the past few weeks we’ve finally started to see movement and news regarding the LG G3 Android 5.0 Lollipop update. However, those with the original LG G2 have been left out in the cold, and the details are still extremely light. That said, we’ve recently seen some progress regarding the LG G2 Android 5.0 update, and here’s what users should expect.

LG still isn’t talking about the LG G2 Android 5.0 Lollipop update, but they’re making progress and working hard to deliver it to eager customers. And while we haven’t heard much about it, last month it did start rolling out in Korea, and it should eventually start hitting carriers in the United States.

Lately all the talk has been about Android 5.0 Lollipop for devices like the LG G3, but those with the older LG G2 haven’t been forgotten. We’ve seen a few LG G2 units stateside get bug fixing updates, ones that also could be paving the way for Android 5.0 to arrive, and below is what we know so far. 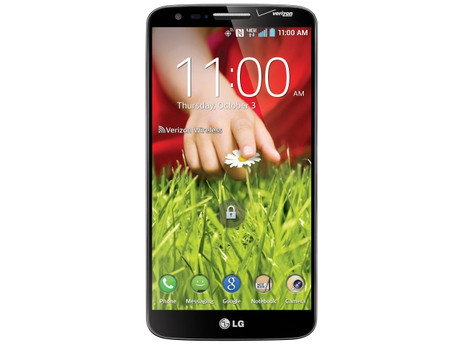 While LG is still busy sending out Android 4.4.4 KitKat updates for some devices, they’ve already begun pushing Android 5.0 Lollipop out to the popular LG G3 throughout the United States. However, that’s for its newest phone, and not the aging LG G2. That said, updates are coming, and coming soon.

In August last year LG confirmed the G2 would see Android 5.0 Lollipop, but when it will actually arrive in the US is still somewhat of a mystery.

When the update will actually arrive is hard to say, especially considering the company still hasn’t delivered the latest software to the majority of LG G3 owners. That being said, we can expect it to arrive within the first half of 2015, and likely sometime between now and the end of April. With multiple US carriers getting Android 5.0 on the G3 as we speak, the LG G2 is up next.

We’ve seen reports and heard rumors that it could arrive this month, but so far no concrete details from carriers, or from LG has been released. Below is a video that was recently released showing the LG G2 Android 5.0.1 Lollipop update running as smooth as butter, which is certainly a good sign for all owners.

The reason we say that is a good sign, is because there’s been countless complaints from LG G3 users who’ve updated to Android 5.0 Lollipop. Which means we could see a few of the same problems plague the LG G2, or LG could take some extra time and deliver the Android 5.1 Lollipop update instead, which should fix all of that.

Currently the latest version of Android is 5.0.2 Lollipop, but this week we’ve received multiple unconfirmed rumors that Google will be releasing Android 5.1 Lollipop in the coming days or weeks. This, could either delay the LG G2 Android 5.0 update as the company moves to deliver Android 5.1 instead, or they’ll move ahead with Android 5.0.1 Lollipop and then proceed to update the device again at a later date. It’s hard to tell, but hopefully owners get answers soon enough.

On the US front, in late February T-Mobile launched a software update page for owners to track software updates for their specific devices. When it debuted and was mentioning the Android 5.0 update the LG G2 was not on the list. However, a few days later this was updated to reflect the LG G2 Android 5.0 update was a work in progress, and will arrive at some point, we’re just not sure when. It’s currently in the development stage, so we could be waiting another 3-4 weeks, if not longer, for it to actually arrive.

US Carriers Won’t Get it First

If you have the LG G2 in the United States from carriers like AT&T, T-Mobile or Verizon, you won’t get the update first. Sadly just like the LG G3 we can expect LG to start updates in smaller regions first, like Poland (as they did with the G3) update the phone for international users, those in the UK, and then eventually one of the biggest markets, which is the United States.

Carriers in the US have more control than most, and require manufacturers to submit the update for approval before being released to the public. This typically takes 4-6 weeks for each carrier, and that’s after they’ve already pushed the update to other regions. This means we’ll likely see the LG G2 Android 5.0 Lollipop update roll out outside of the United States after the G3 push, then at least another month or more wait before Verizon or US carriers offer it.

The U.S. is a critical market for LG, but they’ll want to test it out in smaller regions first before the big push kicks off. We’ve seen the LG G2 get Android 5.0 in Korea, but so far that’s the only market that’s received the latest and greatest for the aging smartphone.

Of course there is always a chance that things get delayed. Android 5.0 was replaced with a bug fixing Android 5.0.1 Lollipop release less than a month later, and this made many manufacturers that were close to issuing updates have to stop and start over certain aspects of the software upgrade. Then Android 5.0.2 was announced, and as we mentioned above Android 5.1 Lollipop could arrive any day now.

As we’ve seen from the LG G3 update and the leaked video above, LG is already hard at work testing and putting the final touches on Android 5.0.1 Lollipop. That being said, Google’s released Android 5.0.2 for at least one Nexus device, and another broad rollout of Android 5.1 could arrive before LG begins pushing updates out in the United States.

If this does happen, we could see the Android 5.0.1 update arrive, or it could be delayed further to add changes and improvements first. It’s hard to say, but rest assured knowing the LG G2 Android Lollipop update is out in the wild, being tested, and should start arriving sometime in the near future. As soon as we learn anything from LG, or carriers, we’ll be sure to update with all the details.