LG’s next flagship, the LG G2, will arrive in-mid September in the United States, just in time to compete with a revamped line of iPhones.

That’s according to sources who talked with Android news site AndroidCentral. Allegedly, its sources have confirmed that the LG G2 will arrive in the United States on September 12th when it goes on sale at Verizon. Verizon’s launch would then be followed by the availability of the new Android flagship on AT&T beginning September 13th.

Reportedly, AT&T users will be able to pre-order the device on September 3rd, with each pre-order including a free folio case for protecting the device from screen scratches and other smartphone dangers.

Recent rumors have pegged September 20th as the date when users can expect the iPhone 5S, making LG’s device the last flagship to launch before Apple’s device. 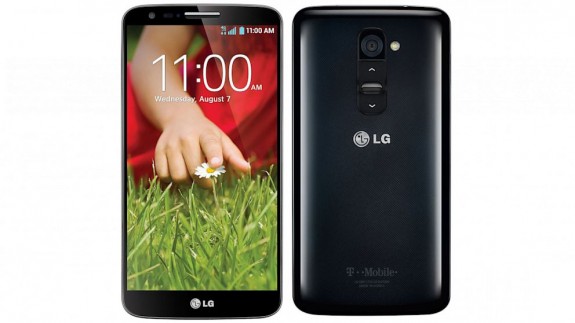 LG officially announced the LG G2 just a few weeks ago at a press event in New York City. The device features a next-generation Qualcomm Snapdragon 800 processor that puts even smartphones like the Samsung Galaxy S4 and HTC One to shame. The processor has four separate processing cores that are capable of speeds up to 2.3 GHZ each.

Even the device’s mobile data connection is an upgrade over current devices. In addition to support for 4G LTE, it also has support for LTE-Advanced. LTE Advanced is capable of speeds three to four times faster than 4G LTE. While none of the carriers in the United States support the technology currently, Verizon has already committed to delivering it at some point in the near future.

Perhaps the LG G2 will be most known for its two most visually striking features. The front of the device actually features a 5.2-inch IPS display that has a resolution of 1090 x 1920 pixels, eclipsing rival handsets. At that screen size and resolution, it’s hard not to consider the LG G2 the upcoming king of smartphone displays.

LG also rethought the way it approached handset design. Instead of building a device with its volume buttons on the side or without any at all, the LG G2’s buttons flank the 13 megapixel rear-facing camera sensor on its back.

So far, the LG G2’s pricing remains a mystery, if these sources are accurate, users won’t have to wait long to find out how much the device will cost if they are on AT&T.