While we wait for the official release and unveiling later this month of the LG G3, designers and fans have decided to create their own vision of what’s next from LG. Even though various leaks this week revealed parts of the design, the concept renders below are just a few of many floating around.

The LG G3 is a hotly anticipated smartphone looking to rival the iPhone 6 and Galaxy S5, and so far all the rumors have it coming pretty close. Lately those rumors have started to emerge at an alarming rate as the release date grows closer, and most of the details are slowly unfolding.

Below is a brand new render found by Concept-Phones which was released based off previous rumors, and new leaks show them lining up quite nicely with what we can actually expect to arrive sometime this summer. 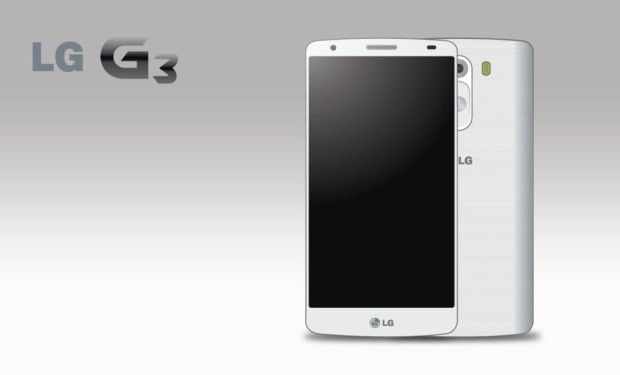 The biggest rumor and most important feature of the upcoming LG G3 is the 2k screen, which is something many expected the Galaxy S5 to offer, but it didn’t. That is a 5.5-inch 2560 x 1440 “Quad-HD” display with one of the highest resolutions on a smartphone to date. Other manufacturers have something similar, but none have been released to the mainstream, or in the United States.

The fan-made concept render above was created based off of a few main rumors. Those being leaks of the rear-mounted buttons, the bigger QHD display, and the extremely thin bezels. Like the LG G2 from 2013, LG aims to offer one of the best displays on the market while still having the phone extremely small and portable. The small bezels allow for a larger screen, without substantially increasing the overall physical size of the device.

The Samsung Galaxy S5 is one of the biggest competitors of LG, and most leaks have suggested the LG G3 will be aiming directly at the Galaxy S5. Everything from a bigger better display, faster processor, improved camera, bigger battery, and even the same IP67 dust and water resistant features.

Another fan-made render shown below isn’t quite accurate, but suggested front facing speakers and an aluminum design. Sadly that won’t be happening, as all reports, rumors, and new photos suggest a rear speaker and the usual LG plastics or polycarbonate design material. It’s still interesting to see what fans and buyers have in mind.

So far we can’t confirm everything, but multiple rumors have surfaced time and time again suggesting a few of the same things. So far it appears the LG G3 will have a 5.5-inch 2560 x 1440 Quad HD display, quad-core Snapdragon 805 processor with 2 and 3GB of RAM options, and possibly even two storage configurations coming with 16 or 32GB. The LG G3 should have a micro-SD card for storage expansion, and the latest rumors claim a 16 megapixel camera will be included. 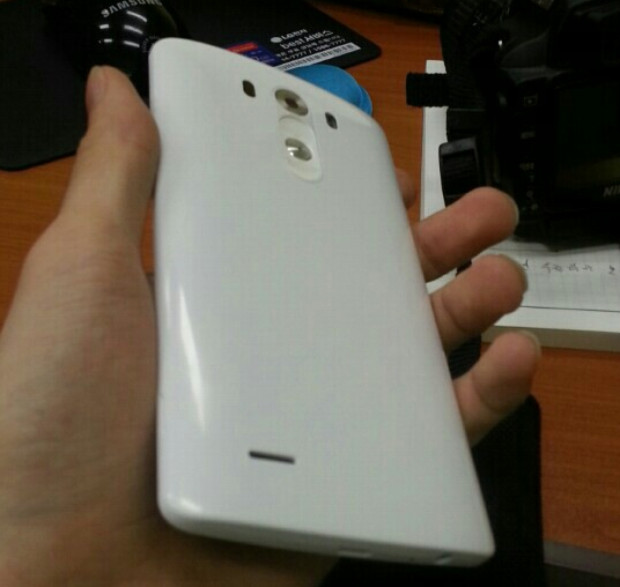 Earlier this week we received the biggest leak yet, with the image above and tons of details explaining what buyers can expect from the LG G3. Sources confirm the image above (and in the render) is very similar to what will actually be released, and that LG is aiming to ship nearly 10 million units of the LG G3 this summer.

Now that we’ve seen official photos of the device in the wild, fan renders, and rumors of the hardware, the release date is the only real question that remains. Thankfully for prospective buyers the wait won’t be too much longer. Earlier this week LG revealed some key details.

The LG G3 will officially be announced live on Stage on May 27th, and be shown off at press events in New York City and California. We’ve heard a few small rumors that LG could be aiming for a same-day launch on May 27th, but that’s yet to be remotely confirmed. However, LG has confirmed the release date will be inside of Q2 2014.

The LG G3 will be released before the end of June, which is a statement LG made earlier this week to get fans and partners excited about sales and revenue streams. 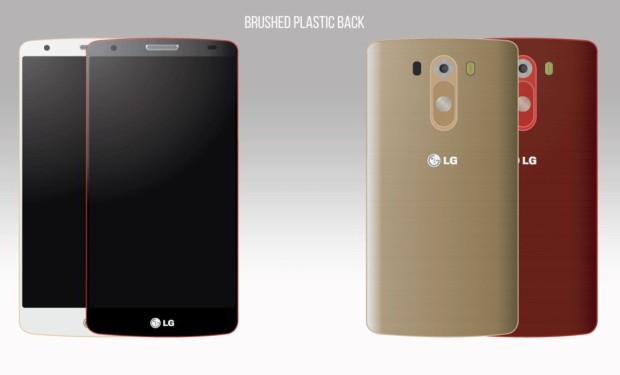 While leaks and rumors have already confirmed a black, white, and gold version of the LG G3, we’ve yet to hear anything further. The same designer shared a few more images this weekend of his vision of the LG G3 in Gold and Red. The gold color option has already been confirmed, and we could see a Verizon Wireless exclusive red similar to last year offering wireless charging, but we’ll have to wait and see.

At this point the specs and final options are still somewhat of a mystery, but with only a few weeks to go before the official unveiling on May 27th, more details should be arriving any day now. Korean sources claim the LG G3 will be the biggest launch in LG Mobile history, so multiple carriers and regional partners should all be on board for a launch later this summer.