The LG G3 is finally official today after months and months of waiting, and tons of leaks that have surfaced almost daily over the past few weeks. LG took the stage in London and mirrored events in the United States and have just revealed the LG G3, confirming nearly everything we already knew.

Over the course of the last 3-4 weeks the LG G3 has leaked daily. With official press photos, videos, screenshots of the software and more, so there wasn’t too many surprises left. That being said, LG has a lot to offer and read on for all the details.

Read: LG G3 Rumor Roundup: Everything You Need to Know

The LG G3 is aiming right at the Samsung Galaxy S5, Galaxy Note 4, and even the upcoming iPhone 6 and is packed full of impressive features all accompanied by a brand new 5.5-inch 2560 x 1440 Quad HD display. Below are the official specs and details you’ll need to know. 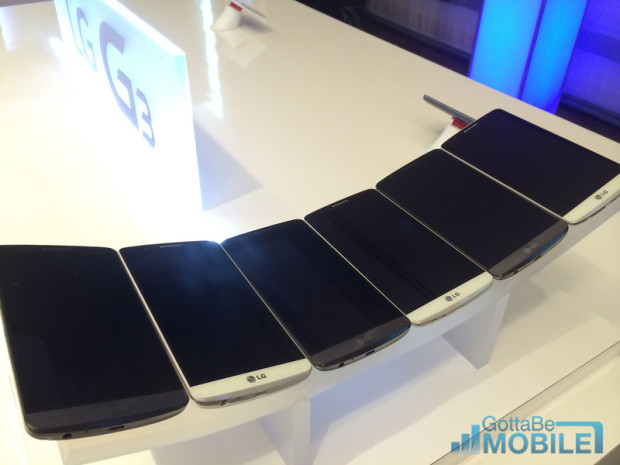 After months of waiting it’s finally here. The LG G3 is official, coming soon, and will likely arrive on all five major US carriers. While we’re still awaiting official details from carriers in the United States, it’s still very likely that the G3 should be available before the end of June, just as LG promised.

One of the major surprises of the announcement is the inclusion of a metal-housing on the LG G3, as all the previous leaks suggested the phone would indeed be wrapped in plastic. That said, the same colors we’ve seen leaked time and time again we’re officially confirmed as Silk White, Metallic Black, and Gold Shine.

Yesterday LG’s Netherlands revealed all the key details a few hours early but the site was quickly removed, so thanks to everything just announced on stage moments ago here’s what you need to know.

These details match almost everything we’ve seen and heard over the past few days, and now the only real information we need is when the device will be available in the United States, which carriers will offer it, and how much it will cost.

The LG G3 launch event is still going as we speak, and you can follow along the LG G3 Livestream here. 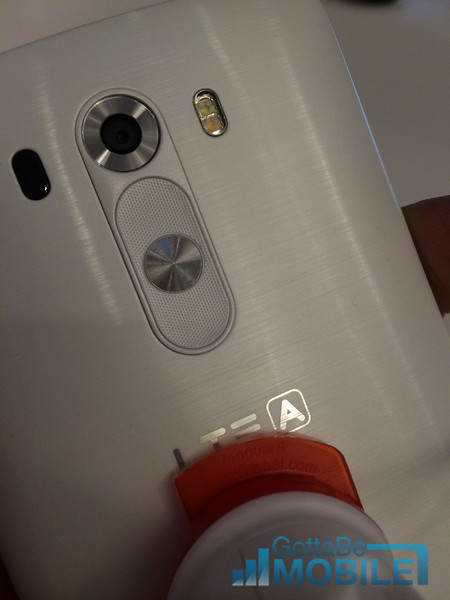 LG is touting the display here as being one of the best on the market, and from very early leaks its been said that LG was taking direct aim at the Galaxy S5. The 2560 x 1440 Quad HD display on the LG G3 has the highest pixel density of any smartphone released in the United States. There’s a few from Oppo and others outside of the US, but LG will be the first to offer such an option stateside.

In the specs detailed above you’ll notice the small size of the LG G3. One of the most important aspects is the large screen doesn’t increase the overall device size too much. Aiming to offer a slim and impressive device, while still delivering a large 5.5-inch display by making the bezels extremely small on all sides. When compared to the Galaxy S5 the LG G3 isn’t much bigger, but offers tons of additional screen real estate.

LG has confirmed the “metallic-skin” design, which is still plastic, and a unique anti-scratch self healing coating on the back. Something we’ve already seen from LG with the G Flex late last year. 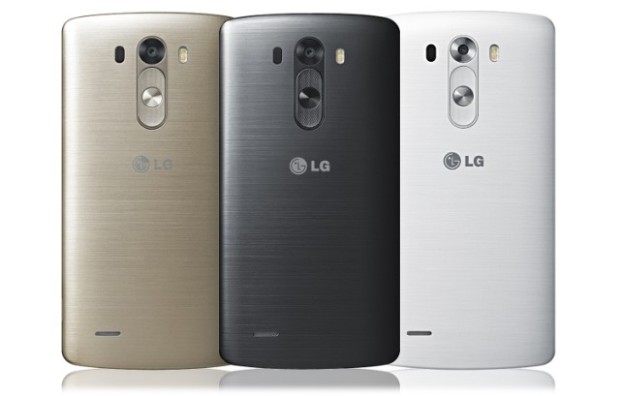 Shown on the back is the improved 13 megapixel camera with Optical Image Stabilization+, and to the left of the camera is LG’s new laser-assisted autofocus. Something that promises to deliver a faster AF experience, and better photos during low-light situations.

So far the LG G3 design is extremely impressive, and exactly what we all expected based on various leaks we’ve seen for the past few months. Today LG confirmed all the specs mentioned above, as well as detailed an improved and even better version with 32GB of storage and 3GB of RAM for those who need additional power, but we’ll learn more on that in the coming weeks. The LG G3 global release date and rollout starts tomorrow in South Korea, and will be in the US soon.

Again, the LG G3 launch event is going on as we speak, and they’re touting everything about the device is geared around simplicity. From the stunning camera, simple and improved user interface, to the easy-to-use but advanced camera. We’re on site and and will have tons of additional photos, more details, and our full hands-on and first impressions momentarily.