The LG Lucid on Verizon Wireless is an affordable 4G LTE Android smartphone with the first time smartphone owner in mind.

The Lucid may not have all the bells and whistles found on phones 2-3 times its price, but it does offer a fast 4G LTE connection, good battery life, solid build quality and an attractive upfront cost.

LG and Verizon promise that the Lucid will see an update to Android 4.0, the current Android operating system, but that shouldn’t be a deciding factor for shoppers interested in the Lucid.

The cost of a new smartphone is a minor part of the overall cost of ownership, so the $79.99 price after rebate is not the only thing to consider when looking at the LG Lucid.

I would not recommend the Lucid to my media loving sister, but it would be near the top of a list of phones recommended to my mother or my father-in-law had he not just purchased a $120 flip phone to avoid another data plan.

Read on to find out if the LG Lucid can meet the needs of new smartphone owners. 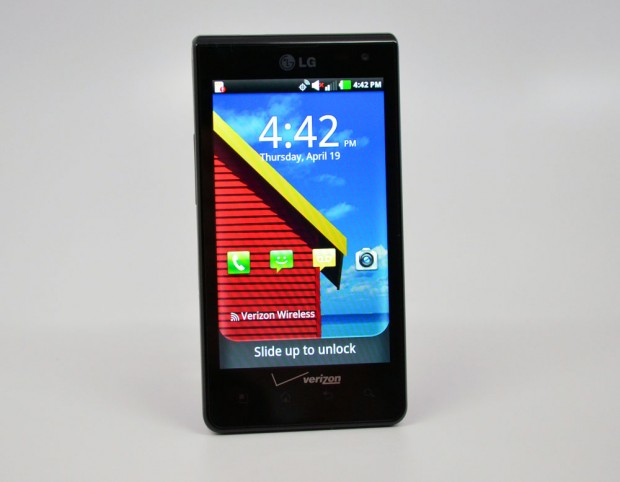 Many users will appreciate the small size of the Lucid and the LG skin that makes Android more user-friendly to first time users. The LG Lucid hands on video highlights the hardware and software features of the LG Lucid.

The LG Lucid is a small phone, especially compared o the 4.3-inch and 4.65-inch 4G LTE phones lining the shelves at Verizon. By Comparison the LG Lucid is about the same size as the iPhone 4S, but slightly thicker. 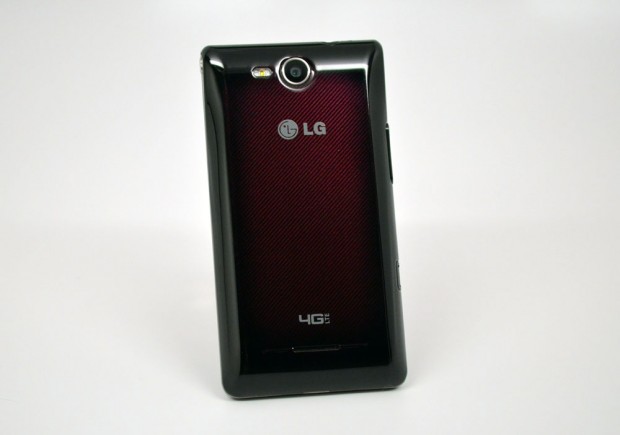 Plastic makes up the bulk of the LG Lucid’s construction, but a metal band runs around the edges of the phone providing visual flair and adding the sturdy feel of the phone.

Many plastic phones, even expensive ones, have flex points that detract from the overall build quality, but the LG Lucid feels solid.

The Lucid’s silver metal sides accent a black and red patterned back that hides the Micro-SD card slot and removable battery. The plastic red and black back plate attracts fingerprints like a magnet, but thankfully the color scheme is not so harsh as to turn off male or female buyers.

Users will find a volume rocker and charging port along the left side and a small power button nestled in the top right side corner. There is no dedicated camera button.

The 4-inch display has a relatively small 800 x 480 resolution, but with the first time smartphone user in mind and the price, it’s something that we can overlook.

The display offers good viewing angles, allowing for multiple positions while gaming or watching a movie. That said, users looking to watch a lot of TV or movies may find the larger display of the RAZR Maxx or Galaxy Nexus a better fit. 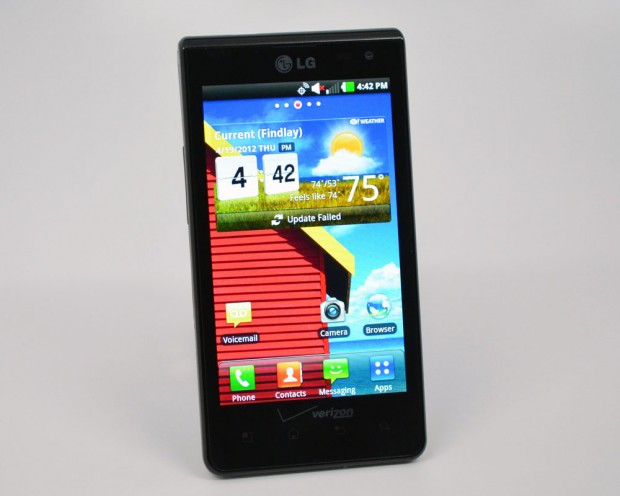 The Lucid’s display is viewable outdoors at full brightness, but it’s not optimal for heavy outdoor use as colors wash out dramatically compared to the Nokia Lumia 900’s display. 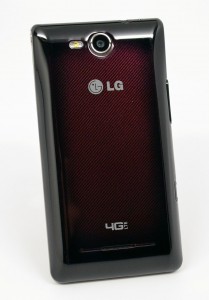 The LG Lucid is a snappy phone capable of playing demanding games like Grand Theft Auto III or Fruit Ninja without lagging.

Inside, the 1.2GHz processor delivers the power needed to switch between apps and use the phone without the lag associated with budget android phones. That’s not to say the phone is perfect, there is the occasional slowdown when pressing a menu button while in a demanding app, or opening an app from the lock screen.

The buttons at the bottom of the Lucid don’t always light up as expected and are sometimes easily activated by errant touches.

There is a limited amount of internal storage, which is another issue for music and movie lovers, but thankfully there is a microSD card slot to accommodate up to a 32GB card.

The Lucid’s small display helps out with battery life as well as size. During normal use with 4G LTE I was able to go a full day without recharging.

This includes syncing one email account, Facebook and Twitter as well as using Google Talk for IM. During these days I played a few games, but did not tax the system.

The 1700 mAh battery is user replaceable, so heavy users can pack a spare.

The LG Lucid provides good call quality, even with low signal strength calls were clear on both ends. Bluetooth headsets work well, though the range is shorter than I observe with the iPhone 4S. Users who keep the phone in their pocket while on a call or listening to music won’t have any issues. 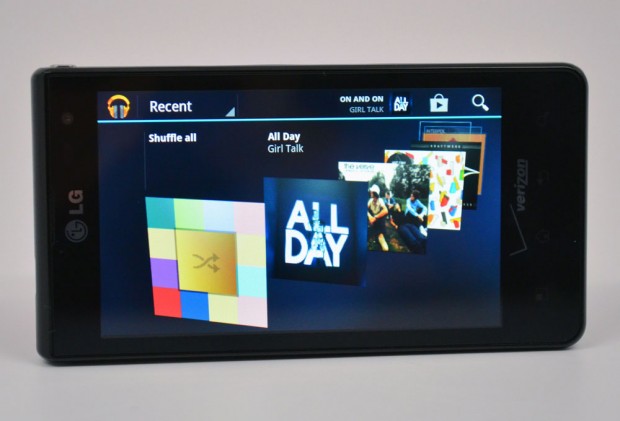 The Lucid can play back music and audio without problems, and the single rear speaker pushes adequate volume. Don’t expect audiophile quality or room filling sound, but the speaker is enough for listening to music or movies without headphones, so long as users stay nearby. Audio is much louder than the Galaxy Nexus, but softer than the Motorola Droid 4 and RAZR Maxx.

The LG Lucid has a 5MP rear facing camera with flash and a VGA quality front facing camera. The rear camera is capable of recording in 1080P, but don’t expect cinematic quality video. 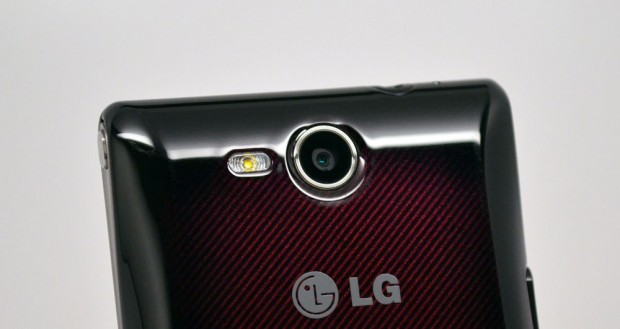 The camera app provides controls for flash, white balance and color effects and a built-in panorama mode. The default focus is Auto, but face tracking helps when shooting pictures of people.

I’m not terribly impressed with the image quality, but it is good enough for sharing online. I would not be able to leave a good point and shoot camera at home while on vacation, something I can do with the iPhone 4S.

The biggest issue with the camera is the slow shutter speed. After pressing the shutter, there is a one to two second delay before the camera can take another photo. Indoor photos often missed the mark, resulting in blurred subjects.

Check out the sample LG Lucid photos below to see how the Lucid’s camera performs in various settings: 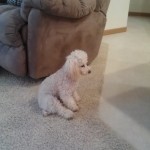 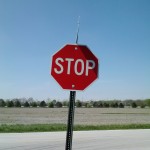 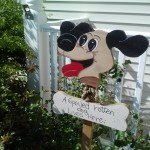 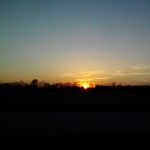 LG skins Android 2.3 Gingerbread with a custom user interface. Some users may balk at the idea of this colorful large icon theme, but the skin has impressive extras.

The App drawer groups apps into collapsible categories that allow users to place apps in easy to access places. The system automatically groups the basic apps and allows users to customize the location of all apps. Users can add categories to the home screen as folders.

The same interface makes it easy to customize the app drawer at the bottom of the home screen and to add or remove categories. 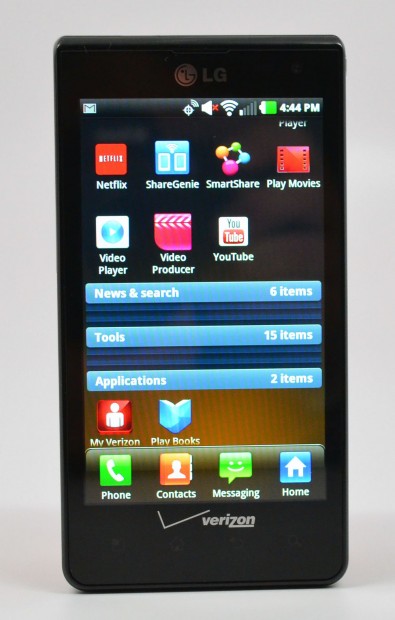 Verizon and LG include a number of pre-loaded apps, but for the most part there are not a plethora of apps that detract from the user experience. There are trials of Plants Vs. Zombies and Let’s Golf 3 as well as Verizon’s customary VZ and V-Cast apps. Unfortunately the game trials cannot be removed.

One nice touch is the WiFi setting that can automatically connect to WiFi when launching a streaming app like Google Play on a home network.

Is the LG Lucid Worth It?

The LG Lucid is a well-built 4G LTE smartphone that delivers a user-friendly experience. This phone is not aimed at geeks, but it doesn’t skimp on performance like many budget smartphones. 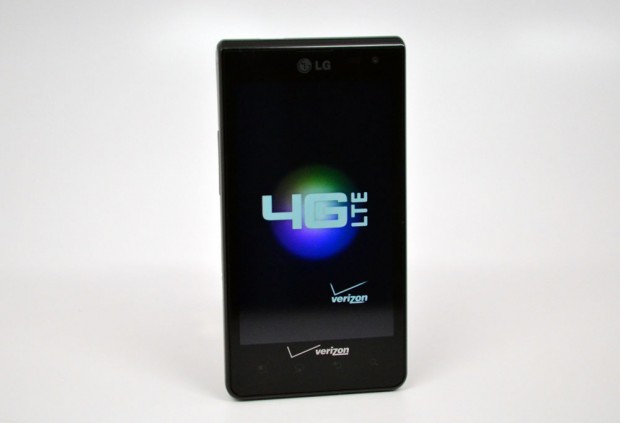 The LG Lucid is attractive because of the $79.99 price, or the penny price at Amazon, but users shouldn’t make this the only factor in a smartphone purchase. The iPhone 4 is available for $20 more at Verizon, but does not offer 4G LTE.

Over the 2-year contract users will spend thousands of dollars, making the up-front phone cost negligible in the long run.

First time smartphone buyers, looking for an affordable phone with a full day battery and without a massive screen should check out the LG Lucid.

Advanced users, or those who want to watch a lot of movies or play games may appreciate the larger displays found on the Droid RAZR. 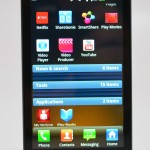 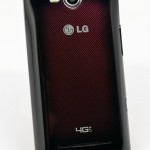 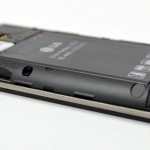 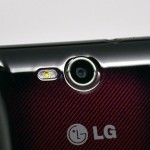 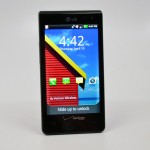 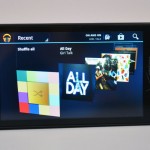 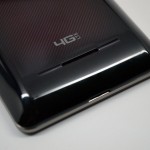 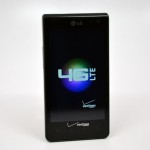 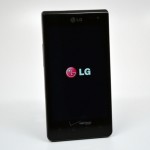