The 5.5-inch Optimus flagship smartphone that we had discussed yesterday may be coming to CES and be called the Optimus G2 according to Taiwanese publication Digitimes. The publication’s reporting should be taken with a grain of salt as Digitimes has had a mixed track record with rumors in the past. 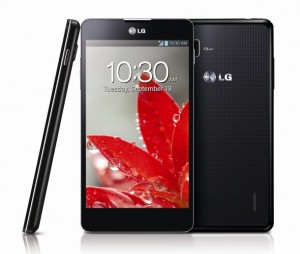 Yesterday, it was believed that the 5.5-inch phablet would debut at the Mobile World Congress trade event in February, but Digitimes is saying that the device may be unveiled as early as next week at the Consumer Electronics Show in the U.S. The device would feature a 5.5-inch display with a full HD 1080p resolution touchscreen and be powered by Qualcomm’s quad-core Snapdragon S4 Prime processor.

While it was previously unclear if the smartphone would be categorized under LG’s Optimus Vu phablet category–which is also known in the U.S. under carrier Verizon Wireless as the Intuition 4G by LG–Digitimes seems to be asserting that the 5.5-inch LG-made Android device would be classified as a phone under the Optimus G2 flagship moniker.

LG’s current Optimus G, which shares many of the internals with the Google-branded Nexus 4, has a 1280 X 768-pixel resolution display, making it a 720p+ display, and quad-core processing power. It’s a strong contender in the smartphone market, but recent releases with 1080p HD screens, such as HTC’s Droid DNA, are pushing smartphone manufacturers to increase the specs on their devices. In addition to this rumored Optimus G2, rival Samsung is also speculated to announce its Galaxy S4 sometime in 2013 with a full 1080p HD panel. Sony is expected to showcase its Xperia Z and Xperia ZL devices with a 5-inch 1080p panel at CES, and Huawei and ZTE are said to be bringing their own 1080p HD smartphones and phablets to Las Vegas.