AT&T announced pre-orders for the phone will start on Friday, May 3. All users who pre-order the phone will get a free Quick Cover black folio case, which replaces the back panel of the smartphone and protects the front of the phone.

The LG Optimus G Pro on AT&T is the same phone that LG introduced in Japan and Korea in the past few months. The phone features a 5.5-inch Full HD IPS display with a pixel density of 400ppi (lower than the HTC One, but higher than the iPhone 5). Inside the phone has a quad-core 1.7 GHz  Snapdragon 600 processor, the same chip that’s inside the HTC One and the Samsung Galaxy S4. 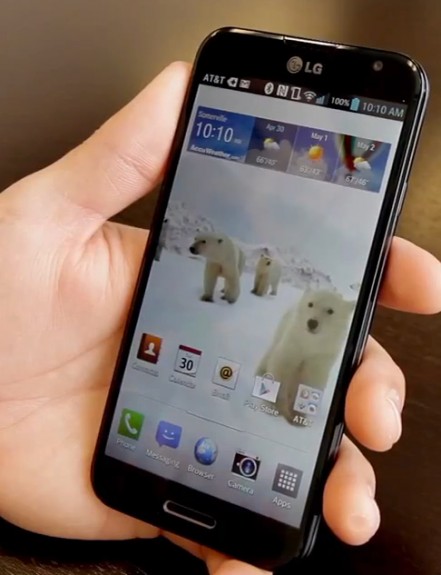 The LG Optimus G Pro also has a unique feature called VuTalk which lets users talk on the phone and simultaneously write on a virtual notepad. The feature is great for users who want to collaborate on notes while talking on the phone, but both users need the Optimus G Pro in order to use it. With an AT&T exclusivity, it might be hard to find other people with the phone, especially with other big-name phones available on multiple carriers.