LG is rumored to be the first smartphone-maker to deliver 3 GB of RAM on its highly anticipated flagship Optimus G2 smartphone. The device will come with some of the leading specs on a mobile product, including Qualcomm’s powerful Snapdragon 800 processor and the accompanying GPU, a full HD display, and potentially LTE-Advanced support in select markets.

With 3 GB of RAM and a powerful processor, the Optimus G2 will be one of the best multitasking powerhouses to come in the second half of this year, but without the software to complement the hardware, will this even matter to consumers? 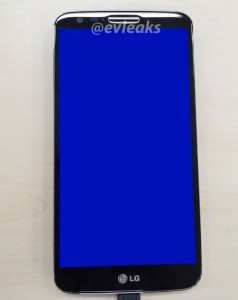 Android has long supported multitasking by allowing apps to continue to run in the background. Multitasking later became augmented and better battery life was achieved when push technology was added. This means that apps no longer had to run in its entirety in the background. Instead, only when something new happens will users need to be alerted, and thanks to push notifications, this was achieved. However, beyond that, LG’s 3 GB of RAM–a 150% percent upgrade from today’s 2 GB on the Optimus G flagship–may mean little to consumers without the appropriate software.

The 3 GB of RAM was reported by Phone Arena.

So multitasking is great, but on many phones, users are still limited to seeing and working on one app at a time. Simultasking, a term coined by Kyocera with their launch of the dual-screened Echo smartphone on Sprint a few years ago, allows two apps to run simultaneously side-by-side. Kyocera’s system allowed one app to be operated on one display and a second app to occupy the device’s second display, which could fold up when two screens were not in use. The bulk, however, limited the appeal of the Echo’s hardware.

More recently, Samsung extended the use of Simultasking by applying simultaneous multitasking to be applied to one screen. The software, called Multi-View windows, was first applied on the Galaxy Note II phablet, and later extended to the entire Galaxy Note range as well as the Galaxy S3 and Galaxy S4 models. This allows two apps to run side-by-side, like the Echo’s case, but on a single screen. On the larger Galaxy Note 10.1, four apps can run at the same time in the same display, or users could have a cascading view like on a desktop PC where apps would fit in their own resizable windows.

Intelligent software like Simultasking and Multi-View windows help to maximize the RAM and CPU hardware on a phone, and LG would need something similar to stay competitive. Without software, 3GB of RAM may not mean anything to users, after all multi-tasking is already pretty fluid with 1 GB of RAM on some mid-range phone models today.

More recent leaks of the Optimus G2 reveal some interesting button placements. For one, the device won’t have physical buttons like that on the Optimus G Pro, which employs a Galaxy S4-like button arrangement with single capacitive touch buttons flanking a physical home button on either side. Instead, it will use a more Nexus 4-like button arrangement by moving the Android navigation keys to the display.

Second, what appears to be the device’s volume up and down keys have been shifted. Rather than the traditional placement on either the left or right spine of the phone, the volume keys now occupy a space on the rear of the phone just below the camera module.

And third, there’s another un-identified piece of technology just between the volume keys on the rear of the phone. It’s unclear what that tech may be, but some are speculating it may be a fingerprint sensor.

LG has an international media event scheduled in August, and the LG Optimus G2, along with a mid-range and low-end model, may be announced at that date. This would mean the Optimus G2 may launch just ahead of Samsung’s Galaxy Note 3 phablet’s debut and Apple’s iPhone 5S’ rumored launch date.