When the LG Optimus L9 ships, it will run Android 4.0 Ice Cream Sandwich and we hope a Jelly Bean upgrade is in the works, but we don’t know just yet. The phone will use LG’s own Android skin, which looks a bit like TouchWiz on the home screen. The only pre-installed software of now is LG QuickMemo which is a quick and easy way to take notes. 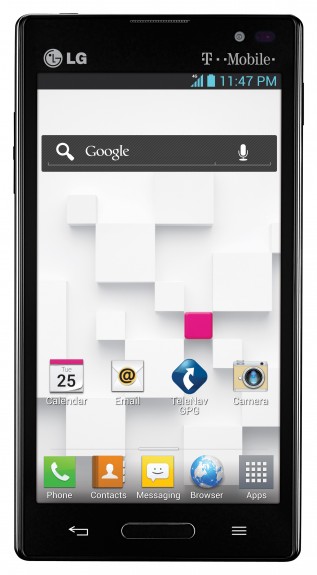 While the phone lacks 4G LTE because it is on T-Mobile, it does have one distinguishing feature. The LG Optimus L9 supports Wi-Fi Calling so users can place a call over their Wi-Fi network instead of relying on the T-Mobile network. It’s a great feature for users who have great T-Mobile coverage in their area, but weak signal in their home.

Like most smartphones we’ve seen recently, the LG Optimus L9 lacks a price and a release date. We know the phone will come to market sometime this fall, which gives T-Mobile until December 21 to put the phone on sale. We assume the phone will cost less than similarly sized phones like the Samsung Galaxy S III.