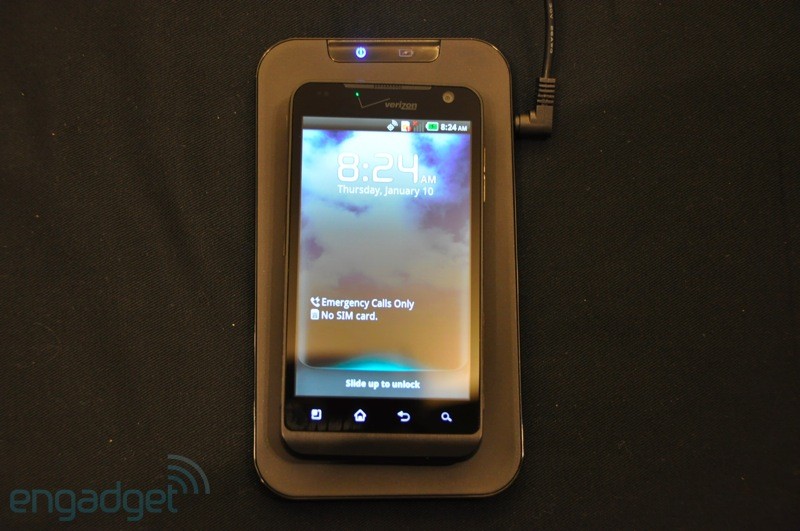 At Mobile World Congress, Fulton was showing off its inductive wireless charging solution, which will be inter-operable with other devices thanks to its reliance on the Qi wireless charging standard introduced by the Wireless Power Consortium. Handset makers such as Motorola, LG, and HTC have all signed on, so if you have a Motorola phone and a Qi charging base made by LG, you can use it to charge your Motorola Android smartphone, for instance.

The Fulton charging solution demoed provided a new back battery cover for the LG Revolution, which looks rather sleek and attractive, and was shown charging on a Verizon Wireless-branded charging station.

While wireless inductive charging are not new to the industry–Palm had debuted the consumer feature on the Palm Pre and Touchstone solution, and since then companies like Powermat, Energizer, and Duracell have introduced their own standards–but Qi offers an integrated, non-bulky solution that doesn’t require a separate case or adapter to work, and will be inter-operable across manufacturers, much like how a micro USB charger from Samsung would work with a phone from Sony Ericsson.