The phablet category may get that much more compelling for pixel-sensitive eyes as LG Display has shown off a prototype of a 5-inch LCD panel that provides a full HD experience similar to today’s 1080p HDTV offerings. The 5-inch screen has a 1920 X 1080-pixel resolution and has one of the highest pixel densities on a mobile device when it ships with a 440 ppi.

One potential device that LG Display’s 5-inch full HD 1080p display could arrive in would be the successor to LG Optimus Vu Android smartphone, which currently has a 4:3 aspect ratio high resolution display. Rival Samsung uses its own HD Super AMOLED technology for HD resolution displays, and a successor to the Samsung Galaxy Note has been rumored for some time now. 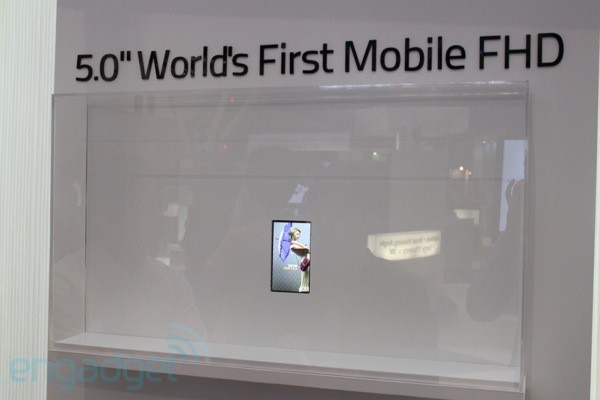 According to a report on Engadget, with the availability of more HD content, LG believes that consumers will be choosing larger devices in the future and the screen size for a smartphone may get pushed further than the 5-inch form factor. Samsung’s popular Galaxy Note clocks in with a  5.3-inch display and its rumored successor will have a 5.5-inch display. In the U.S., 4.x-inch displays are still popular, though consumers who opt for the Note in the U.S. state that the device offers a nice balance between portability for a tablet and usability for a phone as it allows them to see more content and information, such as in a spreadsheet or on a webpage.

Other areas that high resolution compact displays may make an appearance in would be connected appliances, car infotainment systems, and other smart devices.

The 5-inch LG Display with 1080p resolution and AH-IPS technology for wide viewing angles is expected to go on sale later this year.