While Samsung’s Galaxy S4, which is to be announced later today, is rumored to come with a new eye tracking feature utilizing the front-facing camera to start and stop video playback automatically depending on if you’re looking at the screen, it looks like Samsung won’t be the first to debut this tech as South Korean rival LG has made its mark. Announced yesterday, a day before the much anticipated Galaxy S4 announcement, LG says that its new Optimus G Pro will come with the new eye tracking technology for controlling video play back. 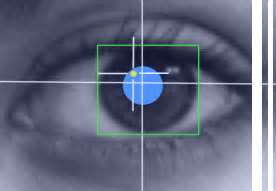 According to LG, the eye tracking tech will be rolled out to Optimus G Pro handsets as part of a Value Pack software upgrade package coming out in April.

And while the eye tracking technology has been rumored to be coming to the Galaxy S4, a recent report on Bloomberg says that it actually will not make it to the handset. We’ll have to wait just a little while longer to find out when Samsung announces the handset later in the day.

Another feature of the LG Value Pack update will be a dual-camera feature. The dual-camera feature will allow the phone to capture two images simultaneously. The first image will be taken with the rear-facing camera and the second image will be taken with the front-facing camera. With this upgrade, not only will you be able to capture the memory of the moment, but potentially you’ll also see your reaction to that moment.

And speaking of similarities between the Samsung and LG flagships, the same Bloomberg report says that Samsung will use the same quad-core Snapdragon 600 CPU found on the LG Optimus G Pro for the U.S. variant of the Galaxy S4; the company will instead choose to source its internal Exynos 5 Octa CPU for the international Galaxy S4 release.