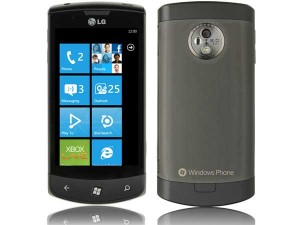 t’s been a while since LG released a Windows Phone model. The company did release a Quantum smartphone on AT&T’s U.S. network with Windows Phone 7 and an LG Optimus 7 smartphone internationally. In the Windows Phone space, LG will have to compete against Nokia and HTC. It’s unclear what price points LG will cover, and if the company will release a high-end or mid-range model.

Though LG hasn’t been in the limelight as much as Samsung, the company has been improving its image with recent smartphone launches, like the Nexus 4 and the Optimus G flagship.

For 2013, LG is rumored to launch a GK model in the early part of the year and an Optimus G2 smartphone later in the year, with both models speculated to have 1080p full HD resolution displays.