LG Display will be showcasing three new exciting displays that will be targeted at the mobile market. The displays will be showcased in January at the Consumer Electronics Show, though it’s unclear which smartphone- or tablet-makers have signed on with LG Display to bring these displays into consumer products. The displays include a 4.7-inch near-bezel-less display, a 5.5-inch full HD 1080p resolution panel, and a new 1080p+ screen for the 7-inch tablet form factor. 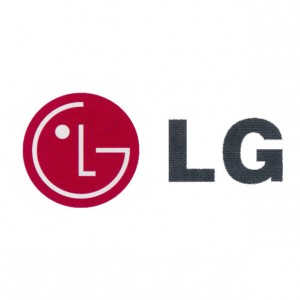 In terms of the 4.7-inch display, that screen will have little side bezels. According to LG, the side bezels will measure just 1 mm, so smartphones using this display would have a smaller appearance and the front side would be mostly dominated by the screen. The concept isn’t unlike what Apple’s doing for the iPad mini or what Motorola has done on the Droid RAZR M to reduce the appearance of a larger screen by minimizing the bezel space. In the case of the Droid RAZR M and the iPad mini, the left and right side bezels were trimmed, but top and bottom bezel space appear to be standard. This would help LG make the 1280 X 768 HD panels employed on the Optimus G and the Nexus 4 appear more narrow as those displays are slightly wider than the traditional 720p HD displays employed by LG’s rivals.

For the 5.5-inch form factor, LG is pushing its 1080p full HD resolution display onto the phablet market and allowing 1080p HD phablets to grow beyond the 5-inch form factor that’s being popularized today with devices from HTC, ZTE, Huawei, and Oppo, and forthcoming additions from Sony and others.

For tablets, according to Unwired View, LG Display will be showing a panel with a resolution of 1920 X 1200 pixels at CES. This would give the 7-inch tablet form factor a pixel-dense display that matches the 324 ppi display on the iPhone. The pixel density of this panel would make the display more crisp than the screens on the Google Nexus 7 or the iPad mini.

Along with these bigger, brighter, crisper displays, another screen technology that is being rumored for CES include flexible displays coming from LG rival Samsung.