The new LG V10 is a surprisingly good smartphone that was released late last year, and it’s about to get even better with an update to Android 6.0 Marshmallow in the near future. Today we received confirmation that it will get Android 6.0 from at least one carrier, and more details will likely surface in the coming days.

At the end of October LG surprised many with the release of the LG V10. It was like a bigger and better version of the LG G4, with more features, three cameras, two displays and a rugged design. The phone has received a lot of praise, even if it doesn’t have the best looks, and now we have great news for owners.

Google released Android 6.0 Marshmallow on October 5th, and many weren’t to happy to see the LG V10 launch with Android 5.1 instead of Marshmallow. Especially considering the LG G4 already has received Android 6.0 in many regions around the globe. Fear not though, as today T-Mobile confirmed the LG V10 Android 6.0 update. 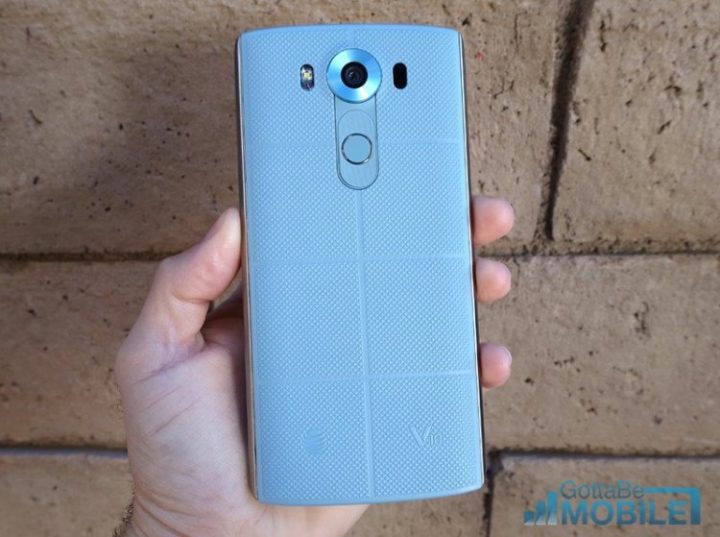 LG has been excellent as of late when it comes to software updates. And while they might not always be first, they’ve done a good job at keeping most smartphones up to date. In fact, the LG G4 was the first non Google Nexus to receive Android 6.0, just over two weeks after Google released it to the public.

Android 6.0 Marshmallow has already arrived for the LG G4 and LG G3 in many regions outside the US, and even some owners on Sprint, US Cellular, and Verizon have seen updates. The LG G4 on Sprint received Android 6.0 in December, while all other carriers are still waiting.

The first confirmation of Android 6.0 Marshmallow for LG devices was from T-Mobile, who last year released a roadmap full of devices. It included the LG G3, LG G4, and the LG G Pad, but that’s it. Today though, it was updated to reflect that they’ve agreed with LG to update the new LG V10 as well. 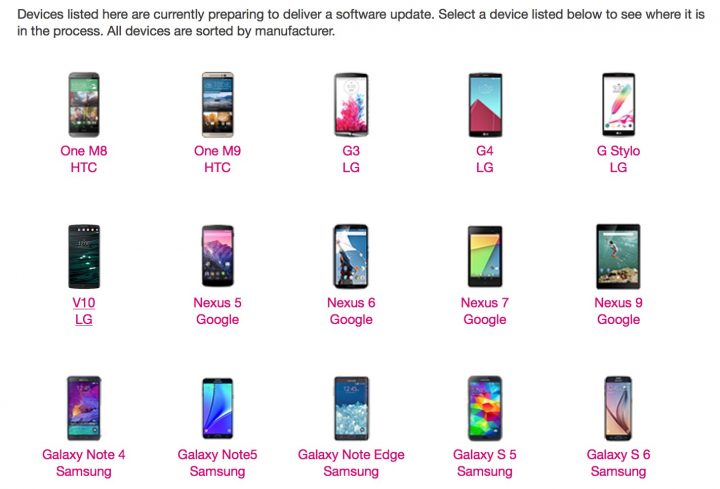 Shown above is the T-Mobile Marshmallow roadmap. And while this is good news that the LG V10 will get an update to Android 6.0, we don’t know when. No release date is mentioned, and T-Mobile is still one of a few carriers who has yet to update other LG phones too.

Meaning the update could be another 2-3 months away, but we can’t be sure. As soon as LG or T-Mobile confirm more details, we’ll be sure to update with all the information. 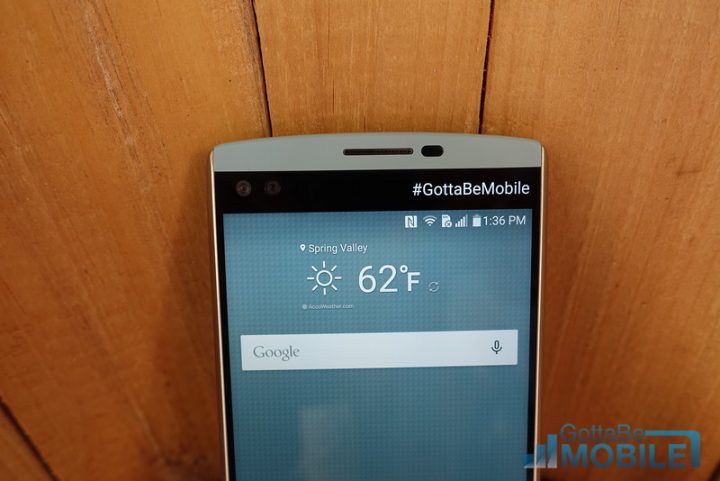 The LG V10 is a unique device. It has a durable and rugged design wrapped in metal, three cameras (two on the front for better selfies) and even two screens. There’s a 5.5-inch Quad-HD display on the front like the LG G4, and a secondary 2.1-inch “ticker” screen for information, notifications, quick access to open apps, or even a tag to name your phone, or “return if found” type message for a lost device. It’s a unique design we’re hearing will be on more LG devices in 2016.

At the moment we don’t have too many details, and being such a new device many expected it to receive an update, but sometimes they aren’t guaranteed in the world of Android. Today, T-Mobile confirmed that the LG V10 will get Android 6.0 Marshmallow, the only question now is when. Stay tuned for more details.