A few weeks ago LG revealed that it will launch the first Android 7.0 Nougat smartphone in September, the LG V20. This phone will replace its popular V10 that debuted in 2015. Today, ahead of the announcement we have some newly leaked photos and more details for potential buyers.

Until now all we’ve had to go on were a few rumors and LG’s confirmation that a new phone was coming soon. However, we now have more information regarding the specs and leaked photos or renders from sources that have been accurate in the past. Will the LG V20 follow in the G5’s footsteps and be a modular mess, or something better? Read on for more details.

Last year the LG V10 surprised everyone and was a great replacement for the LG G4. It offered a huge 5.7-inch display, a secondary screen above the main one, three cameras, a fingerprint scanner and more. And while we expect much of that to continue this year with the V20, new renders based on leaked information are telling a different story. 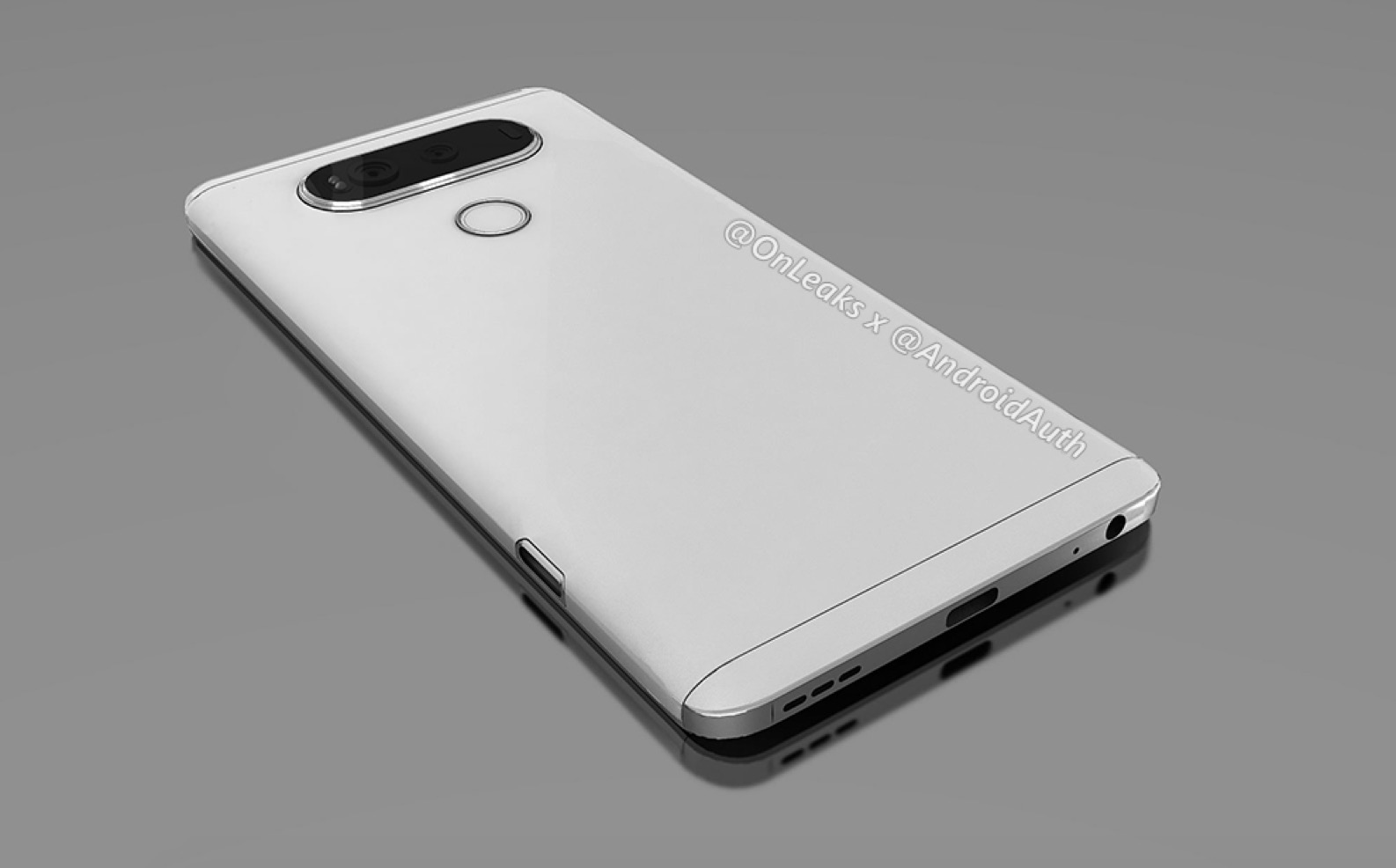 For 2016 LG completely changed the design of their smartphones. The new LG G5 didn’t have the buttons on the back and thin bezels, or a plastic body like other popular LG G-series phones. Instead it was made out of a lightweight metal-like construction, a fingerprint scanner on the back, buttons on the side like most phones, and the bottom was removable.

The LG G5 was what the called the first modular smartphone. One tap of a button would slide out the bottom “chin” of the phone and some of the internal components like the battery. These could be swapped out for a full battery, a better audio experience, a camera grip with zoom wheel and other functions. Basically transforming the G5 from a regular phone into much more. So far the modular LG G5 hasn’t been very successful, and we criticized everything about it in our own review earlier this year. If these photos are accurate the new V20 will be a mix of the V10 and the LG G5. For better or worse.

While some love the idea, others don’t. Many who enjoy the LG V10 were hoping for something very similar yet better in every way, which would be a worthy replacement for last years model. And while we don’t know what is coming, new leaks from the highly accurate @onleaks and AndroidAuthority suggest the LG V20 will be modular too. Following the same approach as the LG G5. 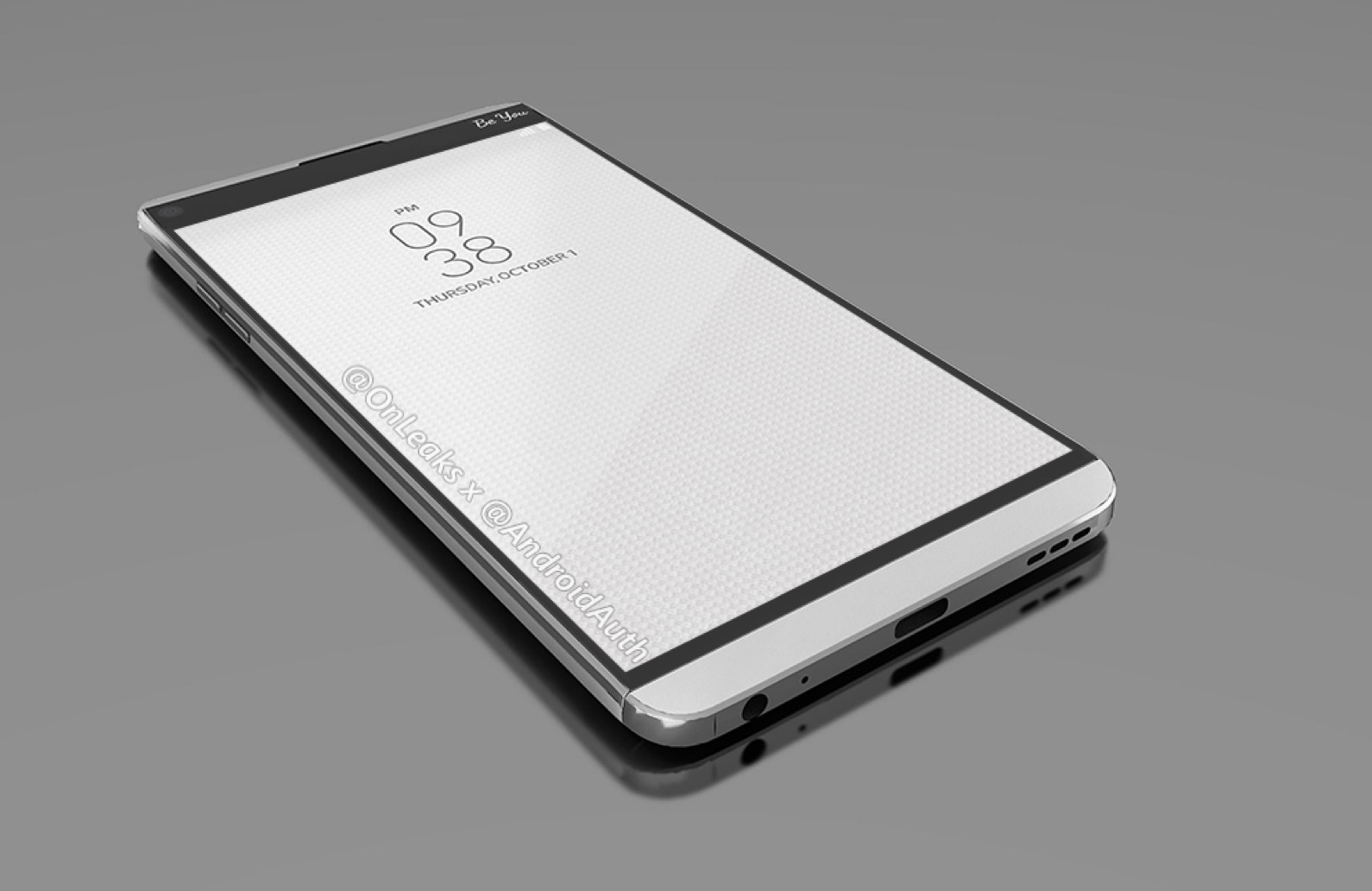 Render based on leaked information about the LG V20

The photos above are renders based off of blueprints and accurate information about the LG V20. Steve Hemmerstoffer also know as @Onleaks, received this information and compiled the images we see here today. Again, these are not real photos, but concept renders created from leaks or blueprints. These may not be 100% accurate, but he’s been dead on in the past. Basically, we’re pretty confident in saying that this is the LG V20, and it will be similar to these renders.

Based off this leak and information from last week, the LG V20 is shaping up to be a pretty excellent phone. Talk of the same 5.7-inch Quad-HD display and a secondary 2.1-inch screen above it, dual cameras on the back for a stunning photography experience and wide-angle photos like the LG G5 (but no dual front facing cameras) and much more. The photos show what appears to be the same overall look and modular design as the G5, just bigger, with the eject button on the bottom side and all. This report didn’t confirm it was modular, but it looks to be that way.

Last year the LG V10 was an odd device that no one was expecting. It had two screens, three cameras, an industrial design with an aluminum frame inside making it extremely durable, and it had one of the best audio chipsets of any smartphone for improved sound. We don’t know if the same thing will be present on the LG V20, or if the company will opt for a modular accessory for better sound.

For now everything is up in the air, and we don’t have any concrete evidence to go on aside from these leaked photos and past devices. Many loved the idea behind the LG G5, but it wasn’t executed right. If LG can get it all right with the LG V20 and offer more accessories and modular parts at the time of release, this could be one extremely capable phone as 2016 comes to a close. We’ll keep an eye out for more details and any confirmation of the modular design, but so far that looks to be the case. Stay tuned for more.