Like rival smartphone-maker HTC, it looks like LG may be looking at renewing its tablet efforts with a forthcoming tablet that could debut as early as the third quarter of this year. At this point, there’s still not a lot of information known about LG’s tablet effort or which operating system that tablet will run. The company had relied on Google’s Android OS in the past to power its Optimus Pad series slates, but LG could potentially base its new tablet endeavors on new operating systems, such as Windows 8 or Windows RT from Microsoft.

Rumors of an LG-made tablet was reported by Unwired View. 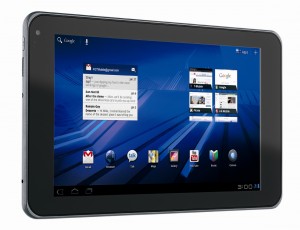 A move into the Windows RT space could potentially make LG a competitor with HTC, the latter of which is rumored to be working on two tablets with Microsoft’s Windows RT OS. Samsung had said in the past that Windows RT was confusing and it would not release a tablet in the U.S. market with Windows RT on board; instead Samsung had chosen Windows 8 and Android for its tablet endeavors.

Another smartphone-maker without a tablet in its portfolio is Nokia, which is also rumored to be working with Microsoft on either a Windows 8 or Windows RT slate.

However, LG’s ties to Google are still pretty strong, and an Android offering may still be in the cards. LG was rumored to be courting Google to help it in the TV space and the two has enjoyed a successful Nexus 4 launch, a smartphone that’s branded by Google but made by LG and shares a similar chassis and design to the LG Optimus G flagship. As such, a tablet running Android may help further the relationship between LG and Google.