LifeProof is adding two new editions to its popular fre and nuud case line-ups so that iPhone 5s users can enjoy the same waterproof and dust-resistant protection that iPhone 5 owners get. This, while still allowing buyers to use to the new Touch ID fingerprint reader built into the device.

As for the nuud for the iPhone 5s case, it seems LifeProof is only confirming that they’ve got a version of it coming soon. Unlike the fre for iPhone 5s case, past versions of the nuud case have provided a water-tight seal around the seen. This allows users to actually touch their device’s screen while still keeping the device safe from liquids.

Today’s press release indicates that the nuud case will launch soon for $89.99. The LifeProof fre case for the iPhone 5s is available today at a cost of $79.99. Users can only order the case in black and white immediately, however LifeProof says it plans to roll out more color options by the end of 2013. 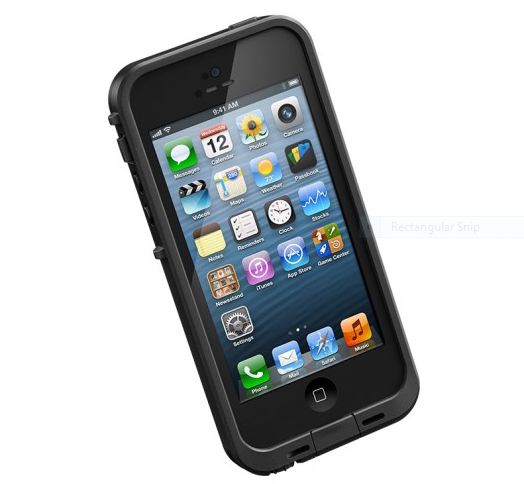 The LifeProof Fre case for the iPhone 5

These updated LifeProof cases are great for users looking to protect their investment in Apple’s latest hardware. While the iPhone 5s and iPhone 5 look pretty similar, the iPhone 5s’ Touch ID equipped home button required that many case manufacturers redesign their products so that they worked around the metal ring that needs to sense the presence of a finger before processing any fingerprints.

LifeProof makes versions of both cases for other Apple devices like the iPod Touch and the iPad. It also manufactures cases made specifically for the Samsung Galaxy S3 and Samsung Galaxy S4.