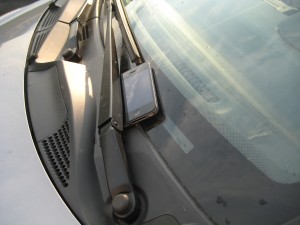 If you’ve been around the block enough times you know good and well that life will choose to deal from the deck of aggravation when it chooses to and not on your time. This has been one of those weeks for me on a number of levels. We experienced more than our fair share of crises at the theatre where I work at a time where my mother’s ill health looks like it is going to finally catch up to her. For those who continue to ask and pray about her condition, let me say that her journey is about to reach its end. Our family has spent most of this past week and weekend with her, and it looks like that will be the case into the coming week as well. But Mom has become famous for confounding all rational projections for some time now, God love her.

As we’ve been by her side, we’ve also rotated in and out as each of us has to deal with the ongoing everyday aspects of our lives and respective workplaces. My sisters have become keenly adept with their smart phones and there always seems to be a computer of some kind open and operating in my mother’s small room. We’ve each had our day to day ups and downs to deal with, and through this is a particularly sad time when our focus is on Mom, we pick each other up when the need arises, and laugh together as much as we console and consul. Mom enjoys it immensely when we are all cracking each other up.

In the midst of all of this Saturday morning, I pulled a bone head move, that left us all momentarily in shock, but has since become the running comedy relief of the weekend. Life has a way of forcing you to keep things in perspective if you let it.

My wife and I were packing up to spend a day with Mom early yesterday morning, and has become ritual throughout all of this, text messages were flying back and forth between my sisters and I as we were working to coordinate our schedules. When we are in Richmond my wife and I stay at my mother’s house. We are usually instructed to bring some things from the house to the nursing home where she now resides. As I was heading out the door with both arms full of stuff, I got both a text message and a phone call from one sister telling me it wasn’t necessary to bring one item. Before I headed back into the house to return the item, I set down my bottle of green tea and my iPhone 4 on the car where the windshield meets the hood.

Exiting the house I got in the car and noticed the big bottle of green tea sitting there, got out and retrieved it. But I did not retrieve the iPhone. Yeah, you can guess where this is going. We pulled out the driveway, drove about 2.5 miles through the neighborhood and entered the Interstate, where we drove about another 2 miles before the iPhone decided it had had enough and lifted off of the car and flew up in the air before crashing to the Interstate behind us. It was one of those instances when things happen in slow motion. I realized what was happening and watched it all occur from the lift off to the flight to viewing the crash in the side view mirror. Then life went back into real time. We were doing about 65 mph when this happened. Momentarily panicked, I said to my wife, “my iPhone just flew off the car and hit the Interstate.” As panicked as I was, when she realized what had happened she wanted to stop and go back, and by that time (only a matter of seconds) I reminded her that we were on an Interstate full of traffic and that the glass and metal phone was going to be no match for the physics of the impact. After a few more shocked seconds passed, she started immediately calling my sisters and coworkers back home to tell them to use her phone# not mine.  While this was going on I couldn’t help it, but I started to laugh a bit. I popped my Bluetooth headset off my head about the time I heard the beeps and boops informing me it was no longer connected, saying I didn’t need to wear that for the time being.

Continuing the drive, we both alternated between laughing, planning, and wondering how it managed to stay on the car for so long through so many turns and speed changes (OK, I’ll admit I cursed myself quite a few times as well for being such a doofus). I chalk the timing up to the Bumper that surrounded the phone. We realized that I could probably get a new phone later that morning and all would be well. Well, except for my credit card balance.

For a brief time I thought about using this as a perfect opportunity to switch over to the Android platform, but decided that this next period of time in our lives was no time to be learning something new. I also thought seriously of just saying the hell with it and picking up a cheap “feature phone” (do they still make those?), but with everything going on, returning to some sense of normalcy seemed to be the best course of action. Fortunately it was early in the morning and where my mother currently resides is just a few minutes from an Apple Store. After picking up breakfast for my Mom and dropping my wife off, I managed to get there a few minutes before the store opened, pick up a new phone and was back with Mom in about a half an hour.

The first thing the salesperson said when I told him my story was to suggest that we use Apple’s Find My iPhone feature (that comes with MobileMe) to wipe the phone. I didn’t think it would still be operating but figured why not give it a shot. We fired up the service on a store computer and sure enough it didn’t register. By that time (about 135 minutes after the incident) I figure the phone was just a bunch of tiny pieces on the fast moving Interstate, and I guess it was. (We looked for signs of it this morning when we repeated the journey but couldn’t distinguish anything of note.)

Restoring from a backup (fortunately I had my MacBook Pro with me) went off without a hitch and I was back up and running in no time. That said, I was also the butt of many jokes from my family and the nursing home staff. My mother, in her inimitable style, found the entire episode comical as well and the continued joking about it lifted her and everyone’s spirits for the rest of the day and into today as well.

Later Saturday afternoon, my wife and I accompanied my sister to view her son, our nephew, in a high school band competition. I used the new iPhone to record his school’s performance. My sister brought a Flip camera along but discovered it wasn’t charged up. When we returned to my Mom, I transferred the video over to the iPad, and this morning my mother watched her grandson and his classmates win the competition. Between the enjoyment at seeing her view that video and watching her enjoy the family laughter at my expense, I have to say it was worth the aggravation, the momentary panic, and becoming the new family joke. It is also a healthy reminder about keeping life in perspective.

Note: I took the picture with the new iPhone 4 this morning to illustrate this post.