According to MacRumors a Chinese company called iPhone5mod has a new Lightning cable and iPhone 5 dock that use chips obtained from Apple-approved factories. The new cables use the official authenticator chips, but the company also has access to other third-party chips.

When talking to MacRumors iPhone5mod claimed that it has access to third-party chips that bypass Apple’s authentication. These chips let the Lightning cable function as it normally would with the official chips installed, including dynamic pin assignments. 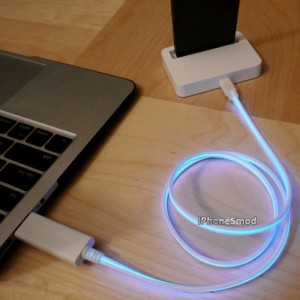 With these new third-party chips we might see a rise of third-party cables and accessories that will work like Apple’s cables without the need for Apple’s approval.

Apple is reportedly planning a seminar regarding Lightning cables and other changes made to Made for iPhone in November. After that meeting is when we expected to see the first working third-party Lightning accessories.

Now we’ll likely see a few more third-party accessories in the coming weeks. Apple partners who want their products in Apple Stores, however, will still probably use Apple’s official Made for iPhone program instead of using these cracked chips.