Apple’s Lightning connector is finally starting to fully replace its 30-pin predecessor, with only a couple of products that Apple sells still sporting the legacy connector, but a lot of users have reported that they’re experiencing corrosion problems with their USB Lightning cables, rendering them defective over time.

ZDNet editor Jason O’Grady has been having the worst luck with his Lightning cables, specifically, claiming that both his and his wife’s Lightning cables are biting the dust with the gold contacts corroding after just a few months. This makes charging an iPhone or iPad pretty much impossible. 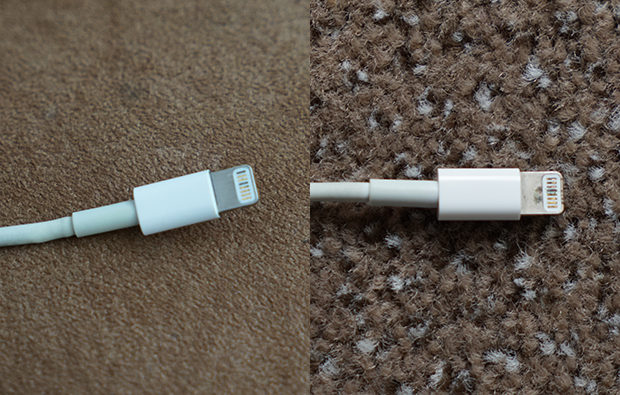 It’s not just O’Grady who’s experiencing the problem, however. A handful of Apple users are having the same issue with their Lightning cables, and Apple has offered to send them replacement cables for free, but other users reported that the company denied their claim by chalking it up to water damage, which isn’t covered by Apple’s warranty.

One user looked into the issue further and discovered that the corrosion seems to be happening mainly on the VBUS/V++/Power pin of the cable, with a possible explanation that the “two gold electrodes placed in an aqueous solution with a positive voltage on one wire and ground applied to the other will corrode the positive gold electrode away.”

Obviously, the reason why the Lightning cables are corroding isn’t important to most users, but what’s important is that it’s happening in the first place, and it’s turning a lot of these $20 cables into useless pieces of metal and plastic.

If it’s happening to you, your best bet is to head to the Genius Bar at your local Apple Store and see if you can get a replacement. More than likely, you’ll get a new cable for free, while they take your defective one to see what’s up. If you’d rather buy a replacement cable on your own, be sure to watch out for fake cables if you’re buying from a third-party.