Apple introduced the new Lightning port at the iPhone 5 event in September, promising Lightning to HDMI and VGA cables in, “the coming months.” according to a statement to The Verge.

The iPad Mini will be the second device to use the Lightning cable, and there is a chance for a New iPad refresh at the event to add a Lightning port to the larger tablet. This move would unite all of Apple’s mobile devices on the new connection, simplifying the accessory landscape for Apple accessories and third-party accessories. 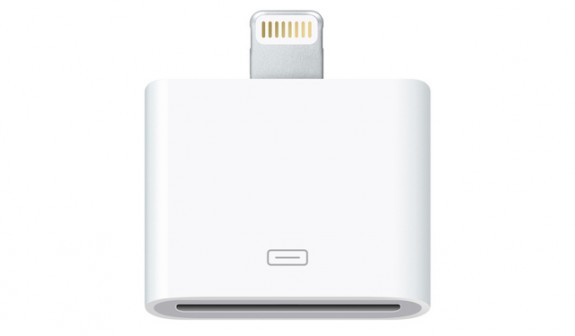 The Lightning to HDMI Adapter could look similar.

With the iPhone 5, iPad Mini and iPad all using the Lightning adapter, Apple could take this opportunity to announce the cable, release date and pricing. The Lightning to HDMI cable is likely to arrive with a $29.99 price. Apple may show off the adapter, but delay shipping for another month, similar to the Lightning to 30-Pin dock connector.

While many users at home might turn to an Apple TV for mirroring the iPad or iPhone on a TV, business users and teachers often find themselves trying to connect to projectors that accept HDMI or VGA connections, with no Apple TV around.

Third party companies cannot offer Lightning to HDMI or Lightning to VGA cables until Apple approves the companies, something rumored to take place on November 7th and 8th in China.

Apple may also announce several other new products at the iPad Mini event, including a 13-inch Macbook Pro with Retina Display, new Mac Mini and a new iMac.