LightSquared, which counts big names like Sprint and Best Buy as some of its partners, is looking to deliver 4G LTE mobile broadband services to both its own customers and to customers of others who may purchase the wholesale service. The company recently made bold statements, promising reductions in customers’ bills for data charges by as much as 50%. However, in order for that to happen, the company must first resolve its networks interference issue, which was made public yet again by a leaked government report. 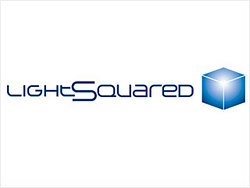 The company aims to price its mobile broadband data at just $7 per gigabyte and says that it has over thirty partners ready to deploy and brand its service, including Sprint Nextel, which has announced that it will be making the transition from WiMax to LTE to compete against larger rivals AT&T and Verizon Wireless in the realm of next-generation fast mobile broadband service. CEO Sanjiv Ahuja of LightSquared says, “Through our service, phone companies will be able to drop the consumers’ bill by 50 percent.”

Though U.S. regulators have not announced its testing of LightSquared’s network, a leaked draft reports that LightSquared interferes with up to 75% of the GPS equipment that was used in testing and the repercussion is that “millions of fielded GPS units are not compatible.”

In fact, the government report finds that 69 of 92 GPS receivers tested “experienced harmful interference” at a distance of 100 meters from a LightSquared base station.

GPS interference issues caused by LightSquared’s network is nothing new and has been a major publicity issue for the company in the past, though LightSquared has repeatedly denied that its network causes any interference with positioning systems.

According to Bloomberg, the way that LightSquared hopes to implement its network is to deploy base stations which would be located near GPS stations operating in airwaves that are proximal to those employed by GPS systems.

The service would operate on airwaves formerly reserved mainly for satellites, and near those used by GPS devices.

LightSquared has countered the leak by stating that government testing did not take into account that LightSquared intends on operating its network at less power than the levels used in the test, and that the outcome of its actions would mean that only 10% of GPS systems be affected at most.

“If we’re affecting the performance of the device — my goodness, we’d like to be sure that doesn’t happen,” the company says.

LightSquared’s approval for launch is contingent upon the fact that its network and equipment does not disrupt GPS systems. If LightSquared can launch its network, the company says that customers’ monthly data bill can decrease from as much as $100 per month to about $50.