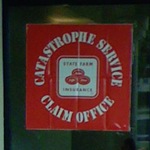 Several weeks ago, a huge hail storm made its way through Colorado Springs. My wife was on her way to an appointment when her van got pummeled, only to get hit again after she arrived at the appointment. Meanwhile, my car sustained some pretty rough damage while sitting in a parking lot. It became pretty clear to us that a car is no match for golf ball sized ice combined with gravity.

Several days later, we called our local State Farm agent, and learned that they had set up a “catastrophe tent” to handle the large number of claims being submitted. This past weekend, we made our way to the claims area and were met with two processing agents wielding Fujitsu slate Tablet PCs outfitted with bumpcases. I didn’t see much inking going on, but they were busy tapping away on some forms application and going through car diagrams, as they processed our two vehicles. Within no time, they had finished our claim, reviewed their findings with us, cut us some checks, and had us on our way.

It was a good encouragement for me to see Tablet PC technology being used in the field in such an effective way, and to be a personal beneficiary of the technology I write about on a daily basis. 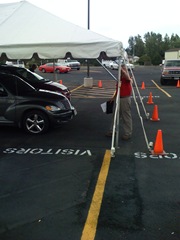 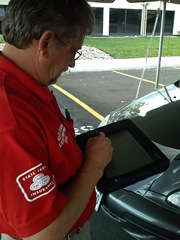 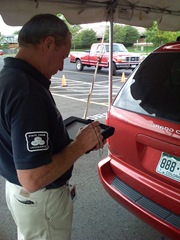