Uncharted 4: A Thief’s End, the next major game in Sony’s long-running series of adventure games is scheduled to arrive this spring. When it does, it’ll be joined by an amazing Limited Edition PS4 console in a new blue hue. Hoping to build excitement for the PS4 exclusive game, Sony revealed the console and its companion controller this week.

Available on April 26th, the Limited Edition Uncharted 4 PS4 Bundle will cost $399.99 in the United States and $499 when it arrives in Canada on the same day. Uncharted 4: A Thief’s End is a major release for Sony. Originally, developer Naughty Dog expected to have the game ready in time to boost sales for the holiday shopping season last year. When that didn’t happen, Uncharted: The Nathan Drake Collection, took the game’s place, giving the studio more time to mature the game. 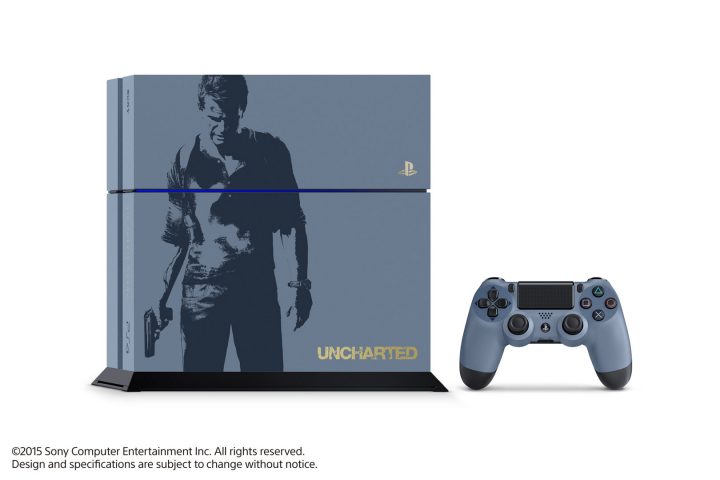 The Limited Edition Uncharted 4 PS4 has light blue skin. Nathan Drake, Uncharted’s main character, is pictured over what most would consider the console’s top. Along with the picture of Drake, there is a gold PlayStation logo and “Uncharted” wordmark to match. It’s pretty clear that Sony expects those who purchase the bundle to display it using one of the console’s holders, though it doesn’t sell one with it. Sony is describing the color of the console as “Gray Blue.” “Sic Parvis Magna” is stamped on the console, which is Latin for “Greatness from small beginnings.”

This PS4 includes 500GB of storage, the same amount that all PS4 consoles came equipped with at launch. The bundle includes a physical copy of Uncharted 4: A Thief’s End. As such, users don’t have to purchase the game separately if they were already planning to. 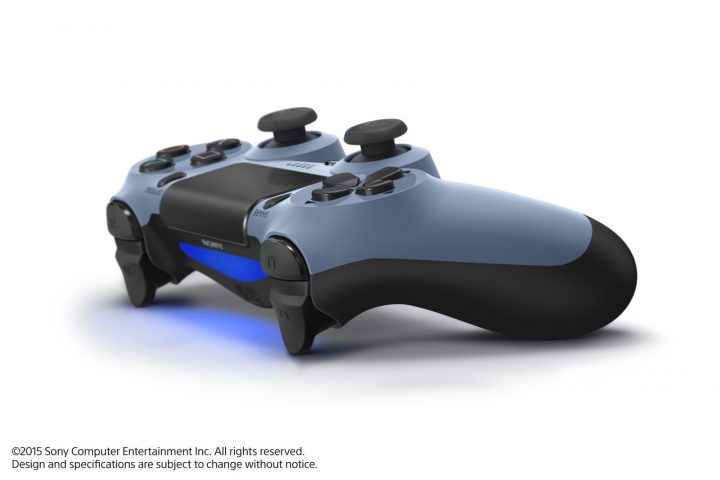 The DualShock 4 controller that comes include with the Limited Edition Uncharted 4 PS4 console bundle is colored blue to match its companion console. That being said, it doesn’t have any logos or extra artwork embedded into its skin. The Gray Blue DualShock 4 Controller will go on sale on its own a little earlier than the Limited Edition Uncharted 4 PS4 Bundle. It’ll be available next month for $64.99 in the United States and $89.99 in Canada.

Anyone that pre-orders the Limited Edition Uncharted 4 PS4 gets a special Gold Weapon Skin, a cache of Uncharted Points to use in the game’s online experience and a code to unlock the Drake’s Fortune Outfit from the original Uncharted game. 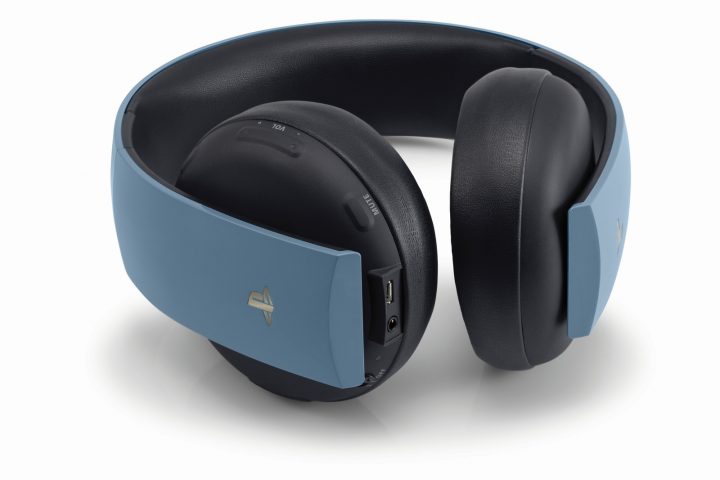 The same Latin phrase stamped across the PS4 is present on this headset. Naughty Dog will add a special Uncharted 4: A Thief’s End tuning option on April 26th, the same day that the game launches.

Sony is encouraging users to place their pre-orders now, which is pretty good advice considering most console bundles and special edition accessories sell out in quick order. The Limited Edition Uncharted 4 PS4 Bundle, Headset and DualShock 4 Controller are available for pre-order at retailer GameStop now. Best Buy has pre-orders available on its website too ahead of release.

Barring any huge announcements at this year’s Electronics Entertainment Expo, Uncharted 4: A Thief’s End should be this spring’s biggest game to launch on a console. It’s only coming to the PS4, meaning it’s a great way for Sony to sell PS3 owners on the idea of upgrading for new features and the latest titles.