Linux news has been appearing a lot around the tech blogs lately.  According to Business Week, an anonymous source cites that Hewlett Packard is considering a Linux-based, mass-market operating 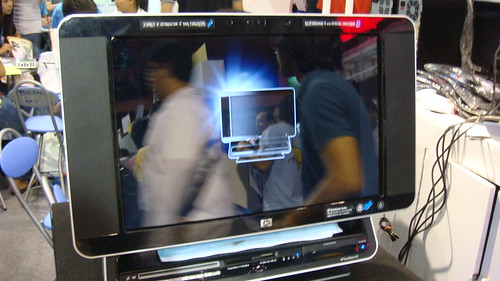 system to compete with Windows Vista.  The article states that HP is trying to capitalize on the poor public reception and slow adoption of Windows Vista.  The Business Week folks also cite the impact Intel and the Netbook market is having on the promotion of Linux.  Many of the cheaper netbook models being released feature some flavor of Linux as their primary OS.  Although Linux has been criticized because it is complicated for the average to novice user, it has come a long way in terms of user friendliness.  CNET News highlights HP’s recent Touchsmart PC and its software innovations that run on top of Windows.  While the Touchsmart is not linux-based, it does run on top of the usual Windows experience.  The CNET News article also mentions the new instant-on feature of some Asus motherboards.  The proliferation of Linux-based, instant-on operating systems would certainly be of benefit to future mobile devices.

The Linux shift is also showing itself at Lenovo.  According to a post at Crave, Lenovo has quietly removed Linux as a preinstall option from its popular Thinkpad series.  Ray Gorman, Lenovo executive director of communication, states that they are seeing an emerging opportunity for Linux in the education and consumer netbook markets.  While Linux may not be poised to compete directly against Windows, it clearly has a secure and developing place in the mobile arena.