Apple’s quarterly earnings call Tuesday included a confirmation of the rumors that OS X Lion 10.7 will officially launch on Wednesday. Our sister site posted the rumor that it would be released via the Apple Mac Store at 8:30 AM EDT. This is the first time that Apple released a major point number update for OS X for download instead of through the traditional means of an optical disk. 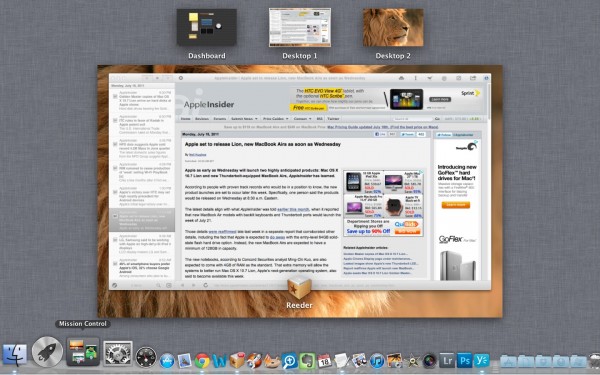 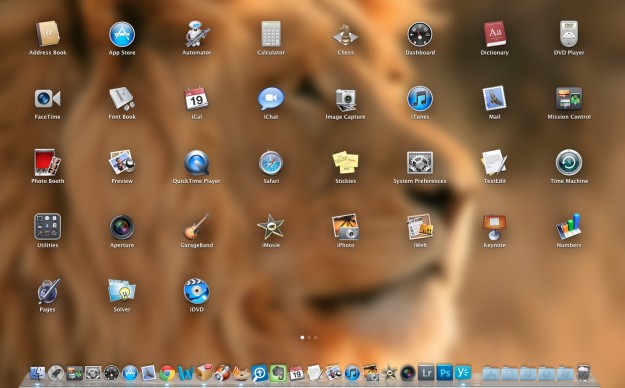 Here is Apple’s in-house video explaining the above list of new features.

For those who plan to update, read our guide for preparing for Lion. It covers important things like the following:

Each of these is covered in detail in the post.

If you would like to do a clean install, like many power users do when a major new operating system update is released, then check out our guide to using the new OS X Lion Migration Assistant. With it you can quickly restore all of your files and applications as well as most of the operating system settings from the following:

In Lion you can even transfer files from a PC using the assistant. It won’t transfer applications or system settings since they are incompatible.

Finally, check out the unofficial chart of apps that are compatible with OS X Lion at Roaring Apps. For example, you will learn that McAfee Security 1.0.0 Patch 1 (915) does not run properly in Lion.

Be sure your most important or favorite apps will run on the new version of OS X before you upgrade or buy a new computer with the OS.

If you are planning to buy a new Mac, it would be a good idea to at least wait until tomorrow and more likely the end of the month. Rumors abound that Apple will release an updated MacBook Air tomorrow. All new MacBooks and desktop Macs will come with Lion pre-installed after 10.7 is released.

The new release will only be available in the Mac App Store for users of the latest version of OS X Snow Leopard for $29. Only Intel Macs running at least an Intel Core 2 Duo or higher processor will work with the new version of OS X.