One of the things we were disappointed over when the iPhone launched was lack of carrier choice outside of the big, national players. It’s great that Sprint got to join in on the fun, but more options are better. Now a local carrier gets to play, too.

A month ago C Spire was known as Cellular South. However, the company decided to rebrand itself as a “personalized wireless” provider. Announcing that they’re going to carry the iPhone 4S just a few weeks later may mean that the two have some connection. 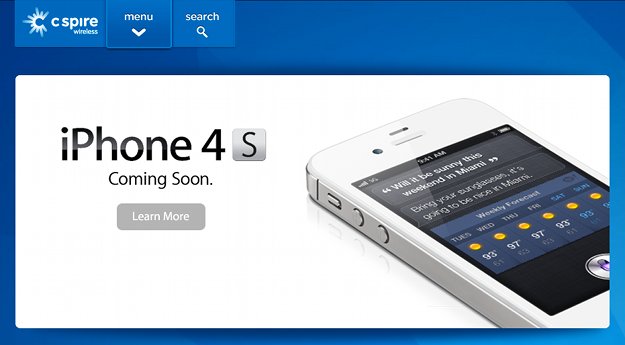 At the moment, C Spire is offering no firm details on when customers will actually get to buy the phone (there’s a page where you can sign up to get a notification), but one hopes that they wouldn’t make the announcement if the on sale date was too far away.

You may have heard of Cellular South when the AT&T/T-Mobile merger first came to light. The carrier is a big opponent of the merger, citing how it’s already hard enough for local carriers to get hot devices like the iPhone. I wonder if this will harm that argument in any way.

C Sprite is the 8th largest carrier in the U.S., according to Wikipedia, and the largest private carrier. Apparently C Sprite customers love their smartphones as well. How many will abandon Android to get their hands on this new phone on their home carrier?

This also leads me to wonder if other local carriers will get the iPhone 4S now.