A new door lock turns smartphones into keys, ditching the hassles of keys, codes and sharing access to your house, apartment or business with Bluetooth, WiFi and apps.

The Lockitron is an adapter that mounts on existing deadbolts to transform almost any lock into a smart connected lock, controlled by an iPhone, Android or other phone.

Lockitron is not a lock, so renters and even the least DIY inclined individuals can install it over an existing lock. The system allows users to unlock their home with an app, share access with house guest without lending a key and much more.

The video below shows the Lockitron features

One of the coolest features, and the one that may put a Lockitron on my door is the ability to open the door simpley by sensing the Bluetooth on my smartphone. This means no fumbling with keys while carrying a full load or approaching the door at night. When the Lockitron senses a paired phone approaching, it will unlock the door. 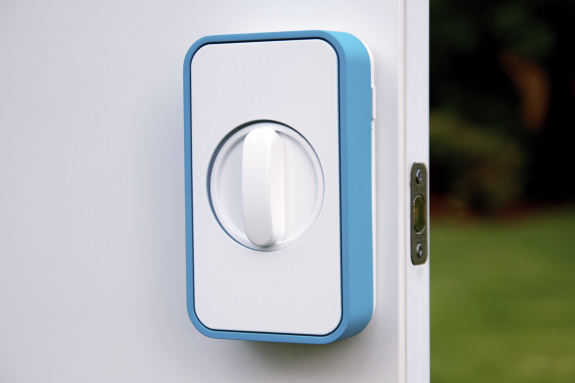 The Lockitron controls an existing deadbolt with apps, NFC or text messages.

Android users with an NFC enabled phone can use NFC to unlock the door, and regular phone users can pay a monthly fee to enable unlock by text.

The app offers manual control over the lock, ending the, “did I lock the door?” question from nagging you all day. The app can show the current state of the door, and lock it from anywhere a cell phone has a signal. The Lockitron can even push an alert when the door is unlocked, alerting parents to a kid’s arrival at home. 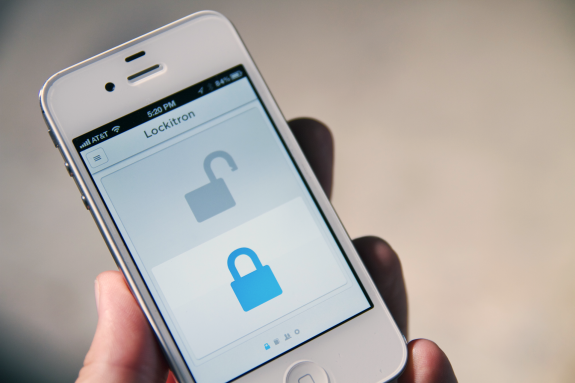 The system includes a knock sensor, to push notifications for door knocks. This may come in handy for users in large houses or who work in a basement and frequently miss deliveries.

Unlike many other smart locks on the market, the Lockitron connects to an existing deadbolt. This means Lockitron can focus on delivering a secure WiFi adapter, and users can stick with a trusted lock. This also allows renters to use the Lockitron, because it simply attaches to the deadbolt. 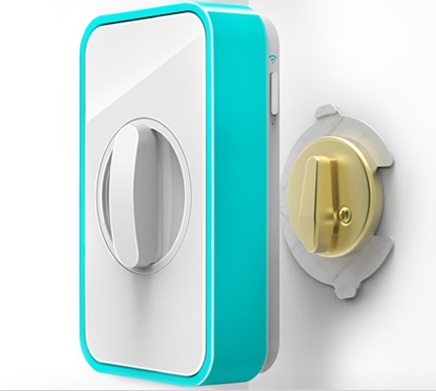 The Lockitron works for renters too.

If power is out, or a phone battery is dead, the lock can be opened with a standard key or with Bluetooth. The Lockitron uses standard batteries that the company claims last a year.

The Lockitron is available in three colors and is up for pre-order for $149. The Lockitron won’t ship until March 2013, but users can reserve one of the first batch through Lockitron today.