Logitech has been one of the biggest names in mobile accessories lately, and it’s on a roll with its latest creation, the K380 Bluetooth keyboard.

What’s unique about the K380, however, is that it can connect to up to three different devices, allowing you to switch between them quickly and easily. Of course, this isn’t the first keyboard to have this feature, but it’s perhaps the first to include this feature in a great, compact keyboard that types really well. Blended with Logitech’s new M535 Bluetooth mouse, the two device can be a perfect combo (the mouse is also able to connect to up to three different devices).

The keyboard by itself is really nice, and it has the potential to be a replacement for Apple’s own outstanding Bluetooth keyboard, but you add the functionality to connect to three different devices and suddenly you have a game-changer.

Perhaps one of the first things you’ll notice are the round shape of the keys, which gives the keyboard a unique look. At first it may look a little childish, but it quickly grows on you. It’s certainly a keyboard that will attract attention rather than just being another boring keyboard that looks like every other one on the market. 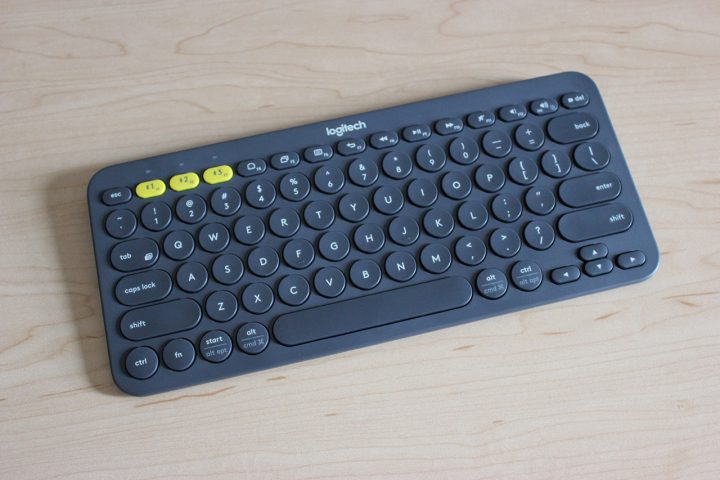 The spacing between the keys is almost identical to Apple’s own keyboard, so there’s very little of a learning curve when it comes to typing on the K380. I spent maybe 20 minutes or so getting used to the keys and how it types, but from there I was able to get back to my normal typing routine in no time.

Perhaps the biggest thing to get used to was the layout of some of the keys. While every keyboard has the same standard QWERTY layout as far as letters and numbers go, each keyboard could have its own unique configuration with all of the other keys. 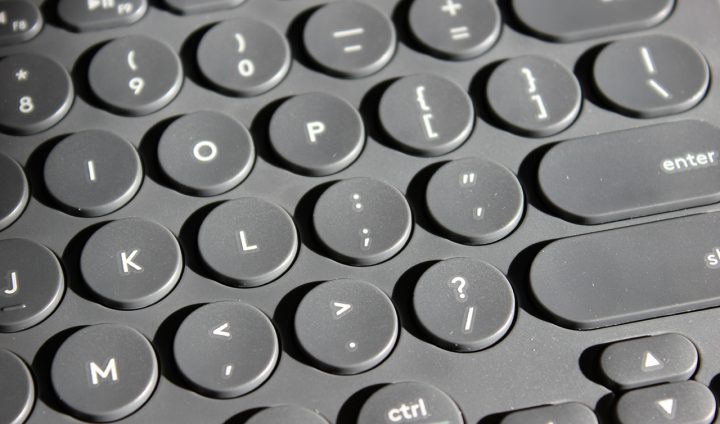 For instance, the Apple keyboard has the Function key at the very bottom-left corner, where as it’s one key in from the bottom-left on the K380 (essentially, Function and Control are switched around). This took a while to get used to, as I was used to having the key all the way in the corner. 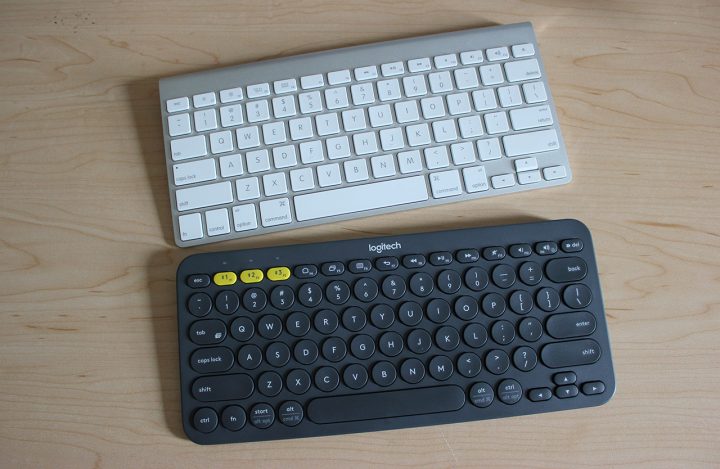 As for the noise of the keys while typing, they’re actually much quieter than Apple’s keyboard, and that might actually have to do with the construction of the K380 altogether. It comes with much better rubber feet than Apple’s keyboard does, which actually helps dampen the typing noise and prevents the vibrations from going into the desk surface, which cuts down on overall noise. Apple’s keyboard is hugely guilty of this.

The biggest feature of the K380 is that it can pair with up to three devices, and these devices can be practically any device with a screen that has a Bluetooth receiver. I was able to pair the keyboard with my Windows 7 HTPC, my MacBook, and my iPad. 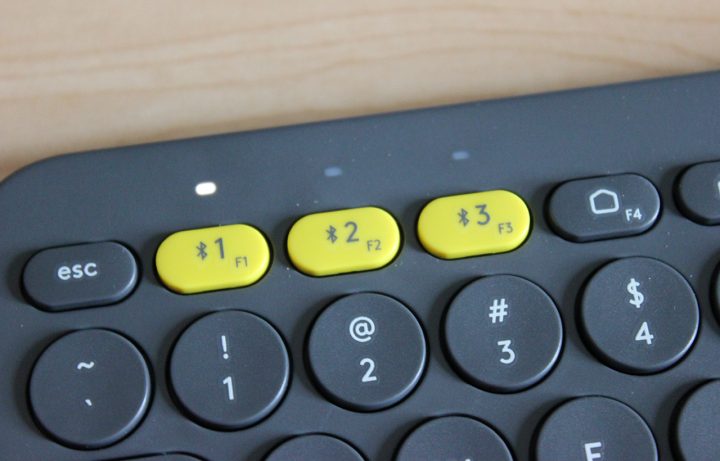 To pair a device, it’s as simple as holding down one of the three yellow buttons on the keyboard until its light starts blinking. Then just pair to your computer like any other Bluetooth keyboard. Do this for the other two keys on two other devices and you’ll be good to go. 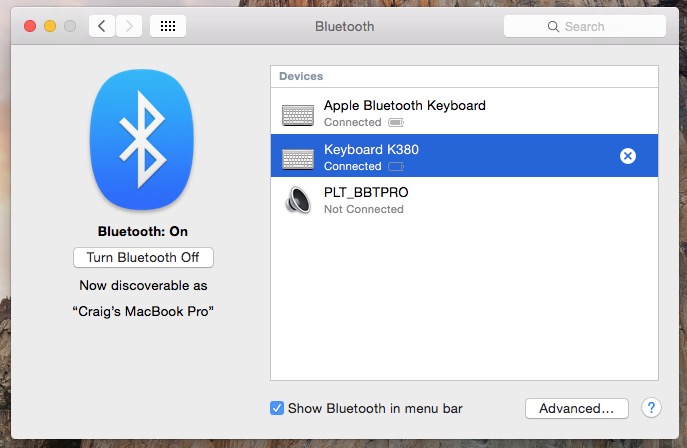 To switch from one computer to the other, all you have to do is click on the yellow key that corresponds to the computer that you want to control and you’ll be on your way. It does take a couple of seconds to switch over, as the keyboard has to disconnect from the old computer and connect to the new one, but it’s a really quick process (just don’t expect an instant change).

On top of this functionality, the keyboard has a two-year battery life and uses only two AAA batteries to power the whole thing, which is really impressive.

In the end, the K380 is actually a really good keyboard, and I could easily see myself using it instead of the Apple keyboard, especially if I have multiple devices that I need to switch between. The keyboard types well and the keys feel great to type on. Plus, the price of the keyboard is phenomenal at only $39 on Logitech’s website, which is pretty much a steal in an age where keyboards are getting pricier. The M535 Bluetooth mouse is also priced at $39.