Logitech’s newly launched line of Keyboard Folio cases are designed to keep an iPad’s screen and case looking good, while at the same time providing all the typing conveniences of a traditional laptop computer. 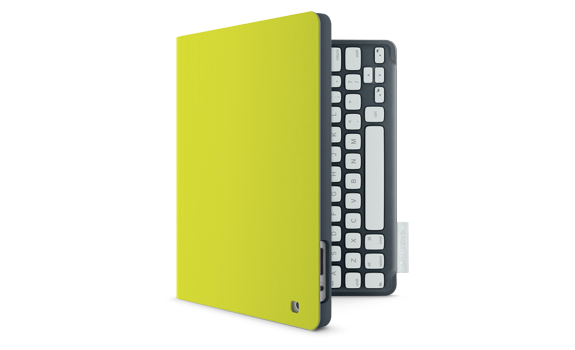 Both of these keyboards are built around using Bluetooth wireless technology to communicate to a user’s iPad; there are no cables involved. Logitech claims the Keyboard Folio cases can run for up to three months after being fully charged. They use Micro USB adapters to recharge, just like most non-Apple manufactured smartphones and tablets do.

Each Keyboard Folio covers both the iPad and the built-in keyboard’s keys from the elements via a mesh fabric that wraps around the entire device.  The color inclined can choose mesh fabric in black, blue, green or pink. An on/off button that’s meant to save as much battery life when the keyboard isn’t being used matches the device’s accent color.

In the iPad Keyboard Case Buying Guide last spring, GottaBeMobile took a long, hard look at what styling and features make for the most useful addition to a user’s lineup of essential accessories.

A recent study by Poll Position found that 46 percent of those who were willing to talk to the firm on their beliefs in tablet computing thought that at some point tablets would replace laptops as the primary mobile computing device. That’s a question GottaBeMobile’s Troy Frommer attempted to tackle during his stint using an iPad with external keyboard exclusively while attending university.