Logitech has officially announced its iPhone Game Controller today following yesterday’s announcement of the Moga Ace Power. Logitech is calling its controller the PowerShell, and like the Moga Ace Power, it comes with an internal battery that will add some extra juice to your iPhone. It also costs the same $99, so it’ll be a shootout to see which one gamers prefer more.

The PowerShell comes with a 1500mAh battery, which is slightly less than the Ace Power’s 1800mAh option. The PowerShell also doesn’t include joysticks, but merely just a D-pad and the XYAB button layout. However, Logitech may be going after the mainstream market with this device, seeing as how the company has a strong hold in the peripherals market for the most part. 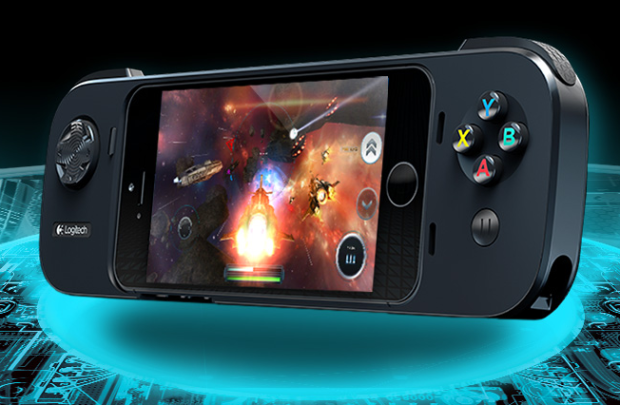 The PowerShell will be available on the online Apple Store as well as BestBuy’s website, and it will come to other retailers sometime next month, presumably before holiday shopping goes all out.

First impressions of the Moga Ace Power weren’t positive, with folks noting that the plastic and the buttons felt really cheap, so this will give Logitech the perfect chance to give mobile gamers a quality iPhone controller, but we’ll have to wait and see these two peripherals fight it out in order to claim a victor (or lack thereof, if both controllers aren’t very good).

Apple announced the MFi (Made For iPhone) initiative at WWDC earlier this year when the company unveiled iOS 7 for the first time. Currently, there are a handful of games that offer iOS 7 controller support, including Asphalt 8: Airborne, Bastion, Dead Trigger 2 and Oceanhorn. Obviously, more games will support iOS 7 controllers as time goes on, and we’re guessing mobile game developers will help improve the software side of things to make compatibility better for mobile gamers.