Logitech Solar-powered iPad Keyboard Never Needs to be Plugged In

Logitech is on a roll with its new iPad keyboard cases. It’s newest keyboard case is solar-powered and will rarely need a charge.

The Logitech Solar Keyboard Folio is more of a traditional case than the Ultrathin Keyboard Cover the company recently released. The new case wraps around the back of the iPad with the keyboard folding over on top of the screen. As with the Ultrathin Keyboard Cover, the Solar Keyboard Folio uses magnets to take advantage of the instant wake/sleep function of the iPad. 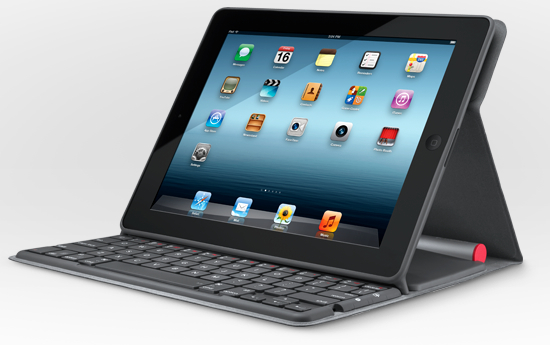 The solar panels do add some width to the iPad due to the batteries needed. Logitech doesn’t say how much width the case adds, but it doesn’t look like too much from the images we see.

The Logitech Solar Keyboard Folio is available for pre-order now for $129.99. It’s a bit more expensive than the $99.99 Ultrathin Keyboard Cover, but it does offer back protection and requires no charging. Those two features could make the accessory worth the extra $30.