The Logitech UE 9000 Bluetooth noise canceling headphones come with a high price tag, but deliver incredible sounding audio and the power to drown out annoying outside noise.

I’ve used the Logitech UE 9000 headphones for the last three months, on nearly a half-dozen flights, at home and in coffee shops across the country. After using cheaper, but above average, in ear headphones for so long I am happy to have the noise canceling feature and Bluetooth connectivity built-in. 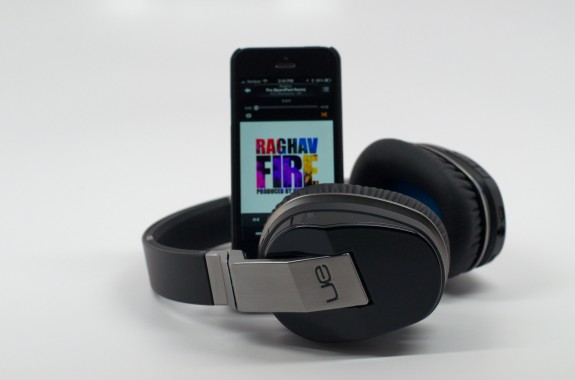 The Logitech UE 9000 headphones deliver amazing sounding audio, allowing me to get lost in the music while i work, dance around the house or take a walk when I want to zone out.

I used the EU 9000 headphones to listen to a variety of music from a SpacePlant techno style remix to acoustic coffee shop style tunes and some of the latest Hip Hop. No matter what music I turned up, the UE 9000 headphones let me feel absorbed by the music. 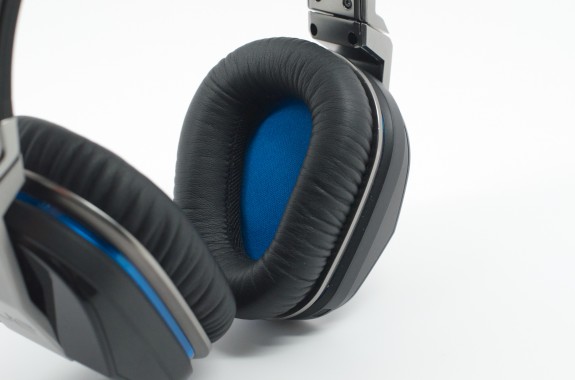 The headphones are also great for listening to movies. While flying I was able to watch Mallrats and Looper without hearing the couple behind me debate the finer points of differing religions and could concentrate on the dialogue. At home I use the headphones to watch loud and violent movies like Snatch and 7 Psychopaths without bothering a wife or puppies sleeping in the same room.

For users who care about the specs of headphones, Logitech and Ultimate Ears pack in 40mm drivers, 32 ohms, 1KHz Impedance and 14DB noise isolation. The rest of the specs are available from Logitech.

The noise canceling feature works very well at home and in the air. On almost every flight i have the good fortune of sitting next to an engine, which made me happy to have the UE 9000’s around my head. The noise canceling did not completely drown out the sound of the engine, but cut enough of it out that I could focus on the movie and almost forget I was on a plane. 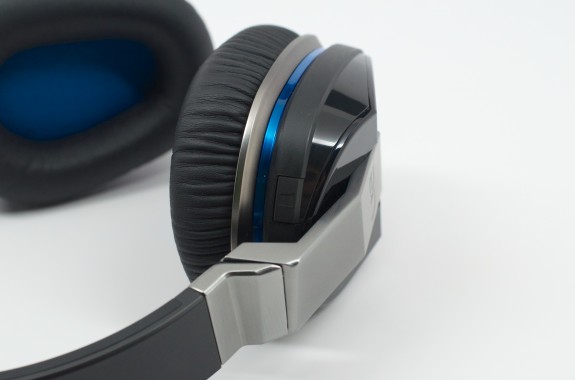 The noise canceling feature does an excellent job of keeping nearby conversations from interrupting my movie or my work. As an ultimate test the headphones let me watch pretty much anything while my wife got her fix of The Nanny, without Fran Drescher’s voice cut into whatever I was watching.

The Logitech UE 9000’s use Bluetooth 2.1 and are capable of delivering a good range in a typical home, at least 25 feet in my experience. Logitech claims the Bluetooth connection can range up to 50 feet. The headphones deliver good sound through Bluetooth and with the included cable. Logitech designed these headphones with the iPhone, iPad and iPod touch in mind, but they do work with Android devices.

The Bluetooth connection includes the ability to make and receive calls and to control music playback with built-in controls.

The Logitech UE 9000 headphones are comfortable to wear, even for hours at a time with glasses on. The headphones allow for multiple size adjustments and the earpiece design and materials look and feel good while in use. Each earpiece features thick padding and a soft foam inner cover. There are swivels where the bottom part connects to the headband to allow for some flexibility and so the UE 9000’s can fold up for travel. 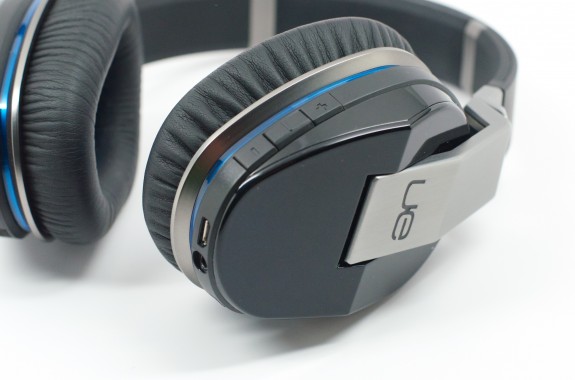 The right earpiece contains most of the controls and connections. On the top is a toggle to turn on Bluetooth and noise canceling.  Noise canceling works with or without Bluetooth. Below that is a light to indicate charging status, though it will not show how much battery life is left. Working the way down there is a three button setup similar to that found on the standard iPhone headphones. Here users can pause, play, skip tracks and control volume. On the bottom is a Micro USB port for charging  and a 3.5mm headphone jack for using the UE 9000’s without Bluetooth, such as in flight. The included cable features a three button control as well.

The left earpiece features a handy mute button that lets a user listen through to hear what’s happening nearby without taking the headphones off. 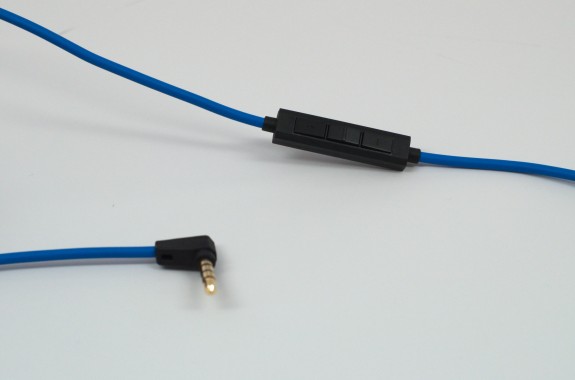 The included headphone cable offers built-in controls when Bluetooth is off.

My only real complaint about the design is that the headphones are tight to wear around my neck while moving from plane to plane or while taking them off for a fast conversation, but since I plan to listen to these headphones and not wear them as a fashion statement it is a minor issue. 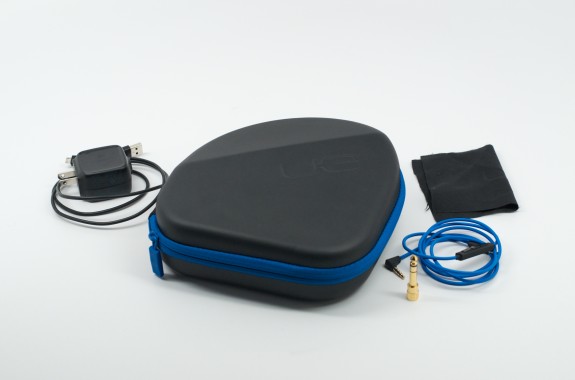 Logitech promises 20 hours of noise canceling with corded use and 10 hours of use with Bluetooth. The battery life estimates are fairly accurate, and certainly long enough to get through short trips without charging up.

Unfortunately there is no system to tell how much battery life is left. Cheaper headphones will often tell me the approximate battery life left when I turn them on, but on more than one occasion the UE 9000’s greeted me with a whirring noise notification that means the battery is almost dead. A notification that will repeat every few seconds until putting the headphones on a charger.

Thankfully the headphones can be used without a charge by plugging in the cable, though there will be no noise canceling  This feature saved my trip at least once after I forgot to charge the headphones. 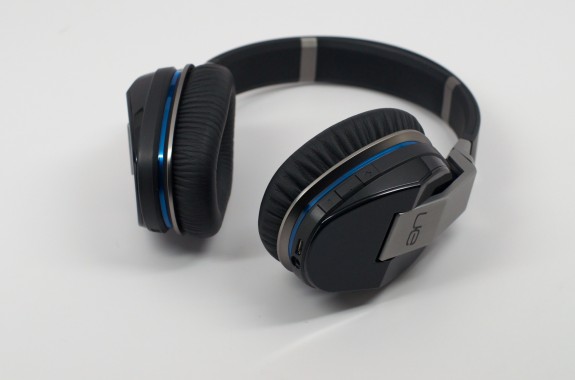 The Logitech UE 9000 headphones retail for $399 at Logitech, the Apple Store and other locations. Beware of higher prices on Amazon. 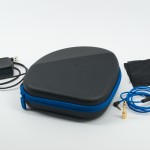 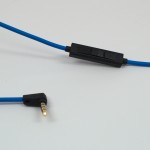 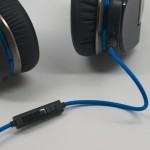 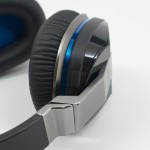 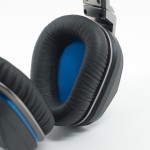 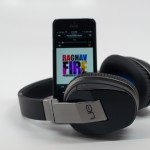 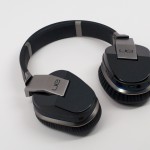 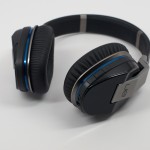 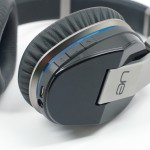