The Logitech UE Air Speaker is a stylish AirPlay Speaker with great audio quality and polish not found on many other AirPlay speakers.

This isn’t Logitech’s first AirPlay speaker, and it shows thanks to an app with controls, good connectivity and an attractive design.

At $399, the Logitech UE Air Speaker is expensive, but in line with AirPlay devices and worth the price for many users. 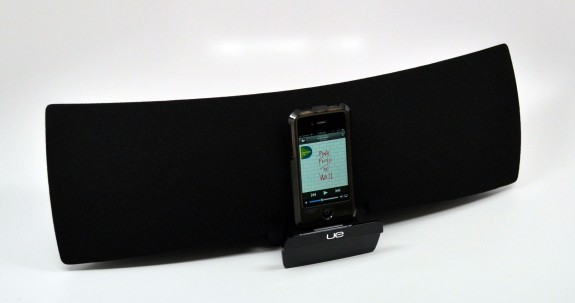 The Logitech UE AIr Speaker is a great AirPlay system.

The speaker fits on a small list bookshelf thanks to a slim profile. The speaker is long, measuring tk inches, which may limit where you place the speaker.

The front of the speaker hides a small dock that pops out to charge an iPhone or iPad, and is useful for setting up the speaker. The dock accommodates an iPhone, even in a case, and the iPad. 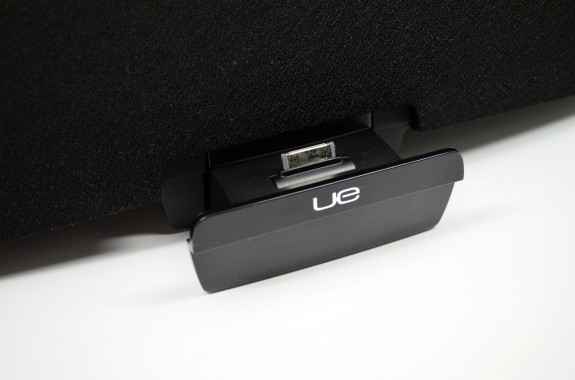 Dock an iPhone or iPad to set up the system or to charge.

Curves dominate the glossy black finish and edges taper to a point making for a good-looking speaker. The Logitech UE Air Speaker looks fit in at an office, home or dorm room.

The speaker is small enough to move from room to room in a house or to take to the backyard, but it isn’t portable in the sense that you’d want to take it to the beach. 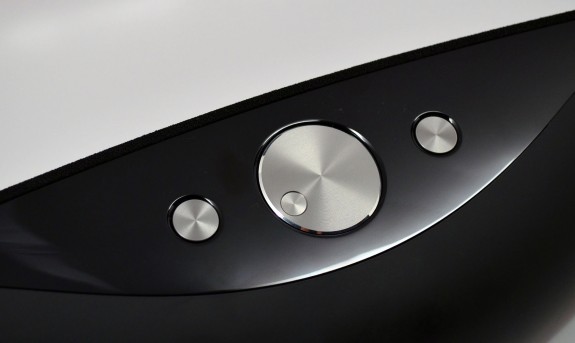 Mute, control the volume or power off the speaker with controls tucked on the top back.

On the top rear of the speaker is a power button, mute button and volume control. The speaker and the iPhone can both control volume, but the iPhone offers finer control. 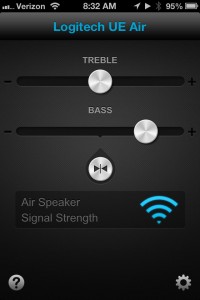 Setup and control with the Logitech UE Air app.

The Logitech UE AIr Speaker offers fantastic sound and clarity for a small speaker. I normally keep the volume below 50% in my small office, which is loud enough to hear down the hall and into the kitchen. With the volume at 40-50% the UE Air Speaker is crisp and clear with hints of a low-end.

Pumping the volume up pushes the low-end making for more noticeable bass without sacrificing the clarity and great sound from my everyday listening settings. At full volume the speaker is loud enough to be the life of a backyard party, running the risk of noise complaints from neighbors.

Money by Pink Floyd sounds wonderful on the small system. Despite the small size this system is capable of producing noticeable separation, moving the sounds of money across the room.

The Logitech UE app offers control of treble and bass with two sliders, allowing quick tweaks. The system doesn’t deliver the same bass as one with a dedicated speaker, but I am more than satisfied with the sound it delivers.

The speaker connects to a WiFi network or with the built-in Ethernet port. For devices without AirPlay support, there is a 3.5mm headphone jack in the back.

Connecting to WiFi is simple thanks to the Logitech UE Air app. Plug an iOS device into the dock, install the UE App and configure the wireless network. The app also provides control for treble and bass. Additional setup methods are available if you are using the system without an iPhone or iPad.

About once a week the system would not show up on my iPhone as an AirPlay device, requiring a press of the power button on the top of the device to power it back on.

Unlike Bluetooth, you can stream to this system over WiFi as long as both devices are on your network, providing longer range than Bluetooth.

There are cheaper speakers, but the Logitech UE Air Speaker deliver an impressive listening solution in a small, well tuned package.

I prefer the UE Air Speaker over the Philips Fidelio AirPlay speakers. While I like the smaller size of the Sonos PLAY:3 speakers, the need to purchase a  separate WiFi bridge brings the price up close to the UE Air speaker. The Jambox is great for taking on the road and for small rooms, but doesn’t measure up to the sound put out by the UE Air Speaker.

The Sonos system still wins for putting a speaker in every room, but users looking for a great standalone AirPlay speaker system should highly consider the Logitech UE Air Speaker.

The Logitech UE Air Speaker retails for $399 and isn’t on sale very often, but it’s worth the price. 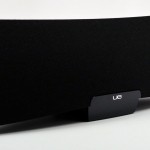 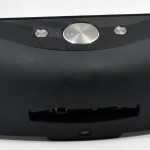 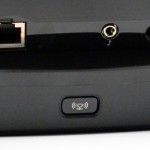 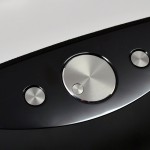 Mute, control the volume or power off the speaker with controls tucked on the top back. 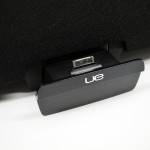 Dock an iPhone or iPad to set up the system or to charge. 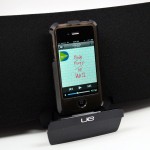 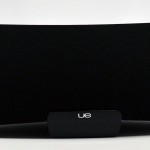 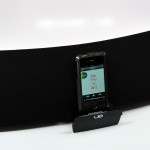 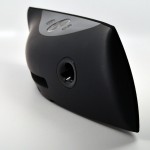