Logitech announced a collection of new headphones and portable Bluetooth boomboxes as part of the Ultimate Ears line.

Logitech showed off 7 new UE products, but four of them jumped out and caught my attention enough that I can’t wait to put them in my ears, or annoy my neighbors with some backyard jams.

Most of the Logitech EU audio gear pairs with smartphones over Bluetooth, while the in-ear headphones use a braided cord.

The Logitech UE gear brings the audio expertise from the recent Ultimate Ears acquisition. Ultimate Ears is best known for making in ear monitors for musicians, so this team has the background needed to deliver good sound. 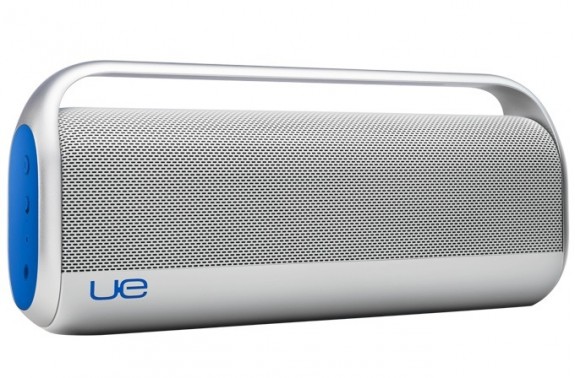 The Logitech UE Boombox is a portable battery-powered Bluetooth speaker with a small handle. This system looks like a more portable version of the Logitech UE Air Speaker I enjoyed in our recent review. Users can soon next multiple smartphones over Bluetooth so friends can join in the fun. This system retails for $249.

These two Logitech UE speakers are appealing because of the battery, size and ability to improve smartphone and tablet audio.

As much as I love speakers, I’m always looking for a good pair of good headphones to provide the boost I need to work and keep out the sounds of coffee shops or while traveling.

The Logitech UE 9000 Isolating Earphones are an impressive looking pair of over the ear headphones with active noise cancellation and Bluetooth connectivity for wireless operation with iPhone or Android. Logitech claims these headphones last 10 hours, and when that’s over users can plug-in an includes headphone cable to keep listening. These $399 headphones look the most promising, and we can’t wait to get a review pair in to give a listen. These headphones include dual mics and controls on the ear. Users can toggle the mode to listen in on what’s happening around them. 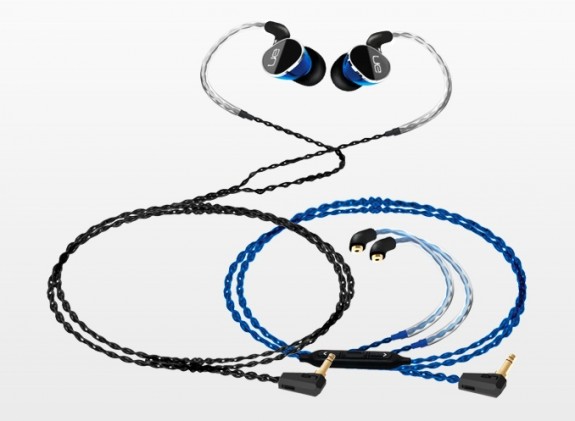 Logitech also delivers the Logitech UE 900 in ear noise isolating headphones. These in ear headphones use four speakers in each ear, two for the low-end, one for mid and one for highs.

Logitech includes two braided headphone cords, one with a controls for taking calls and controlling music and a second without. Logitech offers eight ear cushions, five silicon cushions and three foam cushions for extra comfort and adjustment. The Logitech UE 900 earphones retail for $399.

Logitech offers the new UE products for preorder online today. The headphones and boomboxes will be available in Apple Stores and retailers like Amazon in the near future.