Amazon’s tablet is coming, and it just may be a real beast. While there isn’t any new information specifically referring to the retailer’s upcoming slate, this little tidbit is very much related: Amazon has just, according to Techcrunch, secured instant video streaming rights with CBS. 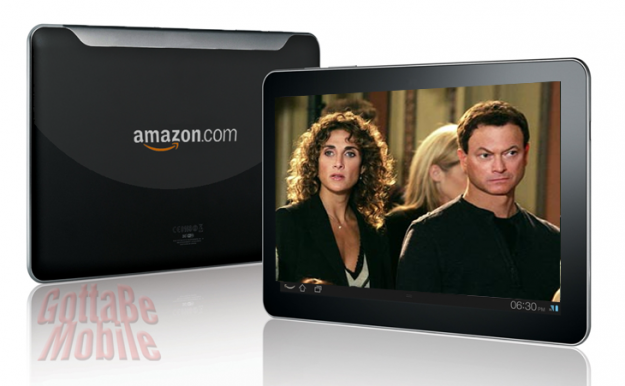 We have said before that Amazon could deliver the first non-iPad tablet to make a splash in the market. No small part of this reasoning comes from the possibility of Amazon bundling its own video streaming service with the slate.

One may say that Netflix and Hulu are already available on many Android devices – so why should a streaming service from Amazon make its tablet any more appealing than others? There are three simple reasons for this: money, cash, and dinero.

Amazon could (and likely would) offer their streaming service for free for a limited time for those who buy their tablet. So if Alice gets an Amazon tablet for Christmas, she may be able to stream her favorite shows and movies until, say, April without paying another dime. That could be a big perk for budget-conscious shoppers.

The retailer could also use the streaming (and other Amazon services) that would come pre-installed on the slate to sell the hardware at a discount. The Nook Color has been a relatively large success as an eReader/tablet hybrid mostly because of its $250 price tag. Barnes & Noble could only sell it for that because it was banking on selling eBooks through the device to subsidize the minimal profit they were making off of the hardware.

Amazon could do one better than B&N and offer a slate whose specs rival the iPad 2 – only for a much lower price point than Apple’s mega-success. If they market it as a Kindle Tablet, that would only help with selling it to casual shoppers. It could have enough ingredients to add up to a hot holiday item.

It will be interesting to see what other content deals Amazon locks up over the next couple of months. If they can keep getting more shows and movies added to the mix, their instant streaming can not only be a solid service on its own, but it could help propel their tablet into a sales stratosphere that other Android tablets haven’t been able to reach.