Though September’s IFA event in Berlin may play host to Samsung’s Android-powered Galaxy Note 3 launch, the South Korean electronics manufacturer may be quietly prepping another launch event as it begins to distance itself from Google. Even though Samsung had largely helped to make Google’s Android operating system the most popular mobile OS in the world in market share numbers, Samsung may be distancing itself from Google and looking at other options. 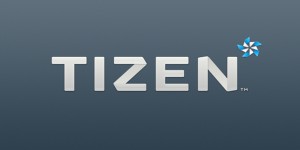 That second option may come in the form of Tizen, a platform that Samsung is backing along with Intel. It’s now rumored that Tizen will make its debut in late October at the Samsung Developer Conference in San Francisco, California. News of the October 26-27 launch date for Tizen comes by way of Tizen Indonesia. That information was reported on Sam Mobile.

If Samsung does launch the OS at that venue, it would lend credibility to an earlier rumor we’ve heard about a Tizen mobile device launching in October. That rumor suggests that Tizen will initially launch in five countries, including the U.S. This could mean that Tizen will be available to consumers as early as November and by the end of this year.

In the past, it was rumored that Samsung may be opened to launching some of its first smartphones running the Tizen OS with high-end specs, but more recent leaks and rumors suggest that Samsung may be eyeing the mid-range segment. If this is true, a mid-range Tizen would compete in the same market as Apple’s iPhone 5C, Google’s Nexus 4 and rumored Nexus 5 offerings, and devices running BlackBerry 10.

The first Tizen phone had been rumored with hardware features such as a 720p HD display and possibly a dual-core CPU. Given these specs, Samsung’s Tizen phone may even compete against the company’s own ATIV S and ATIV S Neo smartphones, both running Microsoft’s Windows Phone operating system with similar specs.

Samsung’s ultimate goal for Tizen is to place it in as many devices as possible and scale the OS to fit appliances, cars, and other smart gadgets.

Fall will be a great time for smartphone consumers with a lot of different options.