While netbooks may be on their last legs, just don’t expect inexpensively priced Windows products to be out of vogue. Chip-maker and Microsoft partner Intel is predicting that we’ll soon be seeing $200 tablets running Windows 8–not the simplified Windows RT–operating system on the Atom architecture. This would be a significant drop in price, considering that most current Atom-based Windows tablets currently cost around $500-700 in Microsoft’s store, with the Iconia Z510 being discounted to $400 from $500. 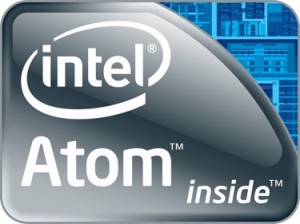 Intel CEO Paul Otellini says, “If you look at touch-enabled Intel-based notebooks that are ultrathin using [Bay Trail] processors, those prices are going to be down to as low as $200.”

And considering that Intel Core i-tablets, like the Microsoft Surface Pro, hover around the $1000 price tag, the increase in processing power delivered by Atom’s Bay Trail design and lower price point will be welcomed by many consumers who may be mulling a Windows system.

The advantage that Windows, Intel Atom, and a $200 price tag would have is that it may be the only tablet or computing device users need. The tablet would be able to run legacy apps, Microsoft Office, and may have enough horsepower to spare to run some more intensive apps. Combined with a Bluetooth keyboard or keyboard dock, the $200 tablet may replace your cheap Android tablet as well as a PC or laptop when docked with a monitor for increased productivity when you’re at your desk.

And CNET is speculating that another component to the low $200 price point may be the smaller form factor tablet designs that has been rumored for Windows Blue. Windows Blue is expected to usher in tablets with 7- or 8-inch screens, a first for the Windows camp. ARM-based tablets in this category include the $329 iPad mini, the $200 Kindle Fire and Google Nexus 7, and the $400 Galaxy Note 8.0 from Samsung.