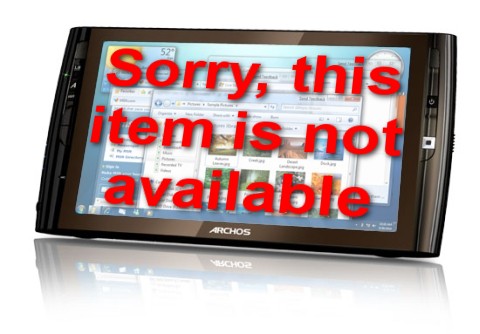 In the “we could have told you that” department, Ars Technica took a hard look at the availablility of MIDs (Mobile Internet Devices), specifically those equipped with Intel Atom processors, and confirmed through methodical research what most of us probably already noticed: MIDs are hard to find.

Using a list they requested and received from Intel, they had an independent researcher take a crack at finding MIDs and the results are disappointing, though sadly predictable.

Nothing at all wrong with any of those devices, but apparently Intel’s key criteria for an MID is that it is a mobile touchscreen computer with an Atom processor. Size, OS, and even form factor don’t seem to pose any limits on what they consider to be an MID.

But even with that broad interpretation, Atom-based MIDs still fell very short in Ars’ search. Don’t want to give away the surprise, but suffice to say, if you want an MID, you need to go full niche. Niche within a niche. Check out their article for the full results.

Of course, anyone following the market has already figured that out, but it’s still nice to have independent confirmation. And it can’t be stated enough that the lack of hands-on interaction with these devices is severely hindering consumer adoption. Doesn’t matter how good an MID is: a device that no one can handle in person is not going to sell.