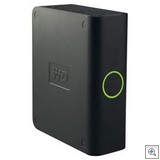 In what has become an annual ritual, websites the Internet over are publishing leaked info on Black Friday deals here in the US. There is even a site (you knew there would be) called BlackFriday.info that purports to round up all the info. For those who don’t know, Black Friday is the craziness ensues on day after Thanksgiving, where retailers “traditionally” kick off the Christmas shopping season. Although that is changing so rapidly that I think we’ll soon see this backed up to the 5th of July.

In any regard, if you’re looking to add some extra disk storage to your kit, several of the Big Boxes have some pretty good deals on 500GB USB drives from Western Digital and Seagate.

Of course you’ll need to get up early and stand in line and fight the madness and their are quite a few other deals on other items as well. How many GBM readers do the Black Friday thing? Just curious.