Looking for a new vehicle to take advantage of all of the latest in-car technology, including the Siri EyesFree system? Look no further than the Ferrari FF! At over $300,000, it might be a pricier way to get the technology, but it has not stopped Apple from partnering with the Prancing Horse to provide EyesFree while being able to drive 200+mph.

Ferrari is yet another manufacturer that supports, or will support, the EyesFree feature of Siri. Activated by a button on the steering wheel a driver can access all of Siri’s features while the vehicle is in motion. When EyesFree is enabled, the screen of the phone does not light up, which also helps cut down on the distraction. 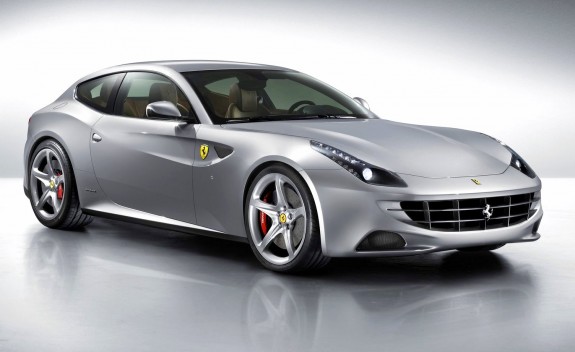 Along with the EyesFree announcement at the Geneva Motor Show, Ferrari also said that the FF will also come with an iPad mini as standard. The FF is considered a Grand Touring model, which means there will be people in the rear seats on occasion. The iPads will be there to keep them entertained. Swathed in Ferrari leather, the iPads will look at home with the rest of the vehicle.

Eddy Cue joined the Ferrari Board of Directors back in November, and rumors swarmed about whether Apple was developing an iCar just before Steve Jobs’ death. Along with that rumor, people also suspected more integration of Apple hardware in the Ferrari line of vehicles. Ferrari currently obtains their infotainment systems from the provider of Chrysler equipment, so it is likely that EyesFree integration will be in all Fiat/Chrysler vehicles shortly down the road.

Ferrari has not said anything about support in other vehicles, including the sister vehicle of the FF, the F12 Berlinetta. It is interesting that Ferrari chose the FF to be first to feature EyesFree, a the FF is a slow seller for Ferrari due to the four seats, all wheel drive unit and controversial design. However, the FF is likely the test bed for further integration in the future.