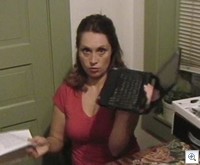 Well, my wife has been working with the Acer Aspire One for a week. It looks like it is getting returned. Three issues comprise the reasoning here.

Her reaction to the failure of the network card is an interesting one that I think OEMs bringing these devices to market should take to heart. After explaining to her that sometimes things do go wrong and some computers come with faults, especially in the early releases of new devices she said, “That’s ridiculous. If they can’t make it work, what’s the point? I can’t believe you and your geek buddies put up with that kind of thing.” That’s actually a paraphrase as I’ve edited her reaction for family friendly reading.

Ah, well, off to Circuit City we go.